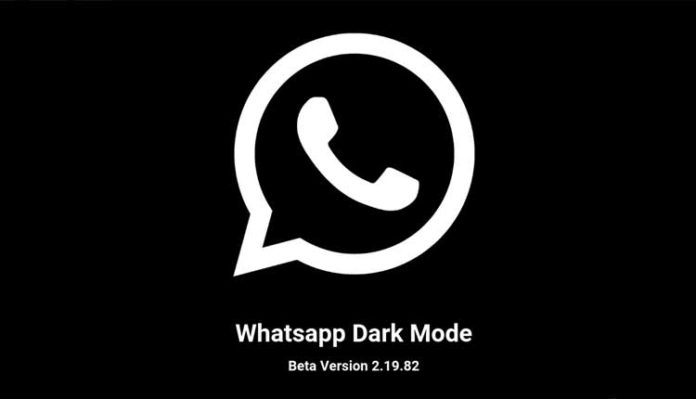 (IANS) WhatsApp‘s long-awaited dark mode feature is finally ready for release and reportedly some of its users have already tested it.

The Facebook-owned messaging app has been teasing the dark theme for months and is yet to announce a release date, independent.co.uk reported on Tuesday.

Website WaBetaInfo, which follows developments with the beta version of the app, has also revealed that the dark theme update is ready for the Android version of WhatsApp.

WhatsApp is also testing a new beta update for iOS users which would bring features like hiding muted status update, splash screen, and app badge improvements, among others.

WhatsApp”s new splash screen would essentially let users see the WhatsApp logo whenever they open the app on their iPhones. This is also available on the Android beta app.

Last week, WhatsApp added a new privacy setting, which will let users decide whether they want to join a group on the messaging platform or not.

To enable it, users need to go to “Settings” in the app, then tap Account, Privacy, and Groups and select one of three options: “Everyone,” “My Contacts,” or “My Contacts Except”.