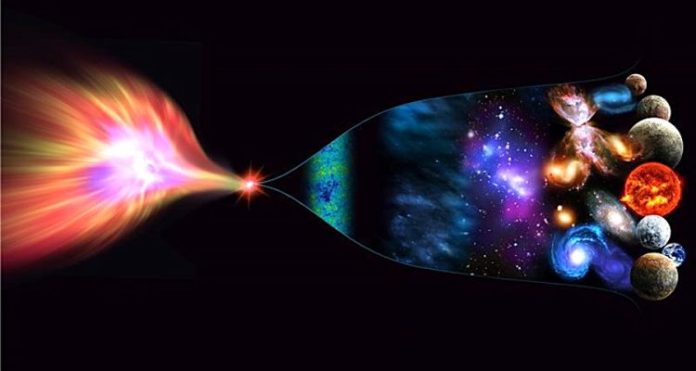 Before there were humans, dinosaurs walked the Earth. Before there was an Earth, there was just a big cloud of gas and dust floating out in the universe. Before there was a universe … well, before that is a point that physicists spill a lot of ink over. We don’t know what happened before the Big Bang gave birth to the universe, but the smartest people in science have plenty of fascinating theories.

So the Big Bang happened, one thing led to another, and now you’re here. But we’re concerned with everything that happened before that. What caused that singularity in the first place? For an explanation to have staying power, it needs to solve a few problems physicists have been puzzling over. The biggest one? The universe has surprisingly low entropy, a technical term for disorder. An ice cube has low entropy, for example, because the water molecules within it are arranged in an orderly way. Once that ice melts, those molecules aren’t going to spontaneously re-form themselves into a cube. Everything goes in the direction of disorder, never the reverse. But if that’s the case, the universe should be a uniform distribution of disorganized subatomic particles. How did atoms ever form molecules? How did clouds of gas and dust forms stars and planets and galaxies? The only explanation is that the universe had even lower entropy at its birth than it does today. But how?

Here are a few of the leading contenders for what happened before the Big Bang.

In the end, we probably can’t ever know for sure how the universe began. But cosmologists aren’t grasping at straws, either. There is a lot of work being done to at least further our understanding of the pre-Bang universe, and the strongest hypotheses will win out along the way.