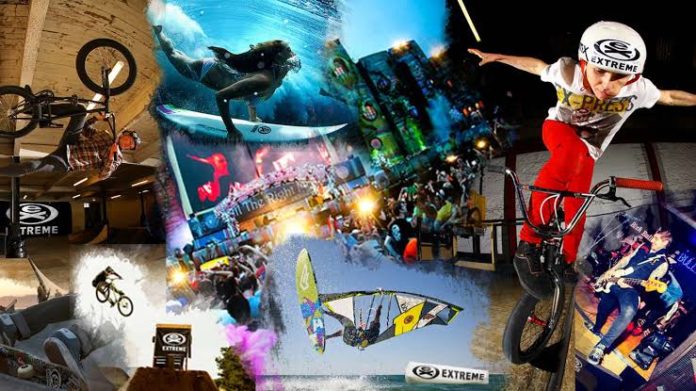 An extreme sport can be defined as any activity that has a real or perceived high level of danger. This can be anything from bungee jumping to hang gliding, scuba diving to snowboarding and rock climbing to extreme ironing – literally anything that gets your adrenaline pumping can be classed as extreme! Originally extreme sports were associated with adult sports such as those described above, however the term now includes sports like skateboarding and bmxing which are popular with teens too.

The history of the term ‘extreme sports’ is quite often associated with Ernest Hemingway who stated ‘there are only three sports – bullfighting, motor racing and mountaineering, all the rest are games’. Whether you agree with this statement or not, it is clear that from as far back as the 1950s the term was associated with sports that could lead to death.

Most extreme sports are solitary activities although there are some exceptions to the rule such as paintballing (yes it really is extreme when you get into a game. Check www.Bluepaintlogic.com to learn more) and white water rafting which are clearly both team sports. Most people become interested in one or many at a young age and they usually only get a coach if they wish to take the sport further – this is clearly different to other sports such as football and swimming for example.

Another difference between extreme sports and normal sports is that the performance of a sportsman is not as clear cut. For example, a person’s ability to rock climb is evaluated on more subjective and aesthetic criteria, rather than on a speed or score level. With every mountain being different, and the variables also changing in the other sports, it just isn’t possible to create a set performance system. Of course, this isn’t the case for all extreme sports but it is the norm for most.

Nowadays there is even an international competition that celebrates these sports known as the x games. This includes people participating in extreme sports in a controlled environment. It began in 1995 in the United States and it is now a hugely watched competition throughout the world. This has also enabled many extreme sporters to participate in a sport full time due to the levels of sponsorship received.

Whether you fancy skateboarding or scuba diving or any of the other sports that fall in between, one thing is for sure – your adrenaline will be pumping and you are sure to have an experience that is like no other you’ve had before!