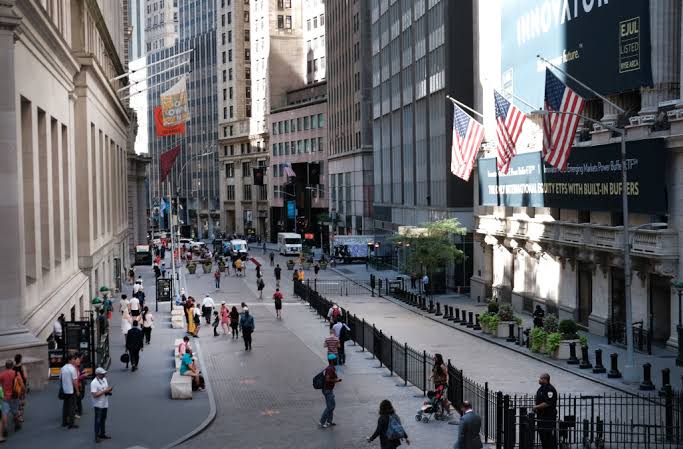 Wall Street fell on Monday after President Donald Trump said he would restore tariffs on metal imports from Brazil and Argentina, while weak domestic manufacturing data fanned worries of a slowing economy in the wake of the U.S.-China trade war.

The U.S. economy’s manufacturing sector contracted for a fourth straight month in November, as new order volumes slid back to around their lowest level since 2012. Construction spending also unexpectedly fell in October.

The figures were in sharp contrast to recent economic indicators that had reassured investors of a resilient domestic economy. Global markets had also cheered an unexpected rebound in Chinese manufacturing earlier in the day.

However, Trump’s tweet about restoring tariffs on U.S. steel and aluminum imports from Brazil and Argentina dampened the mood and prompted officials in the two South American countries to seek explanations.

“The concern here is what kind of retaliatory response those countries might have, let alone sort of a re-escalation of these tariff wars in the midst of trying to resolve one,” said Mark Luschini, chief investment strategist at Janney Montgomery Scott in Philadelphia.

The news sent shares of U.S. steel makers including U.S. Steel Corp and AK Steel Holding Corp up 3% and 7%, respectively.

The gains were an exception in a wider selloff, with 10 of the 11 major S&P 500 sectors trading lower. The technology sector .SPLRCT was off 1.3% and was the biggest drag on the benchmark index.

Retail stocks including Target Corp and Walmart Inc were in focus, with Cyber Monday sales expected to hit a record following $11.6 billion in online sales on Thanksgiving and Black Friday.