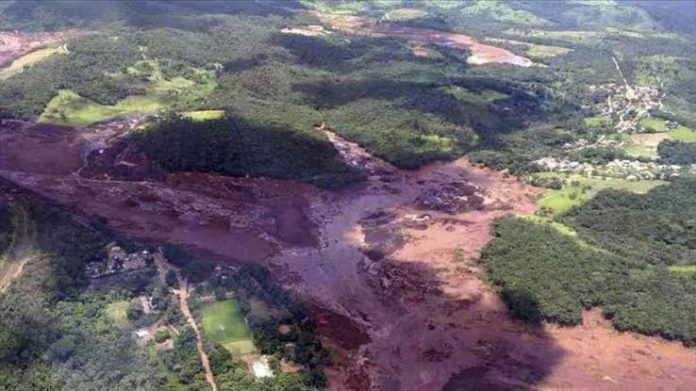 The deadly collapse of a Vale SA’s mining waste dam in Brazil was partially triggered by “a persistently high water level” that caused the structure to lose strength and stability, according to a report by a panel of experts appointed by the company’s lawyers.

The report, released by Vale on Thursday, said there was no warning the dam was unstable, and no seismic activity or explosions in the area were recorded before it burst in late January.

The dam collapse unleashed an avalanche of mining waste on the Brazilian town of Brumadinho, killing at least 155 people.

The report examined technical factors leading to the disaster rather than issues of liability. It came less than four years after another dam collapse at a joint venture between Vale and BHP Group in the same region, an accident that experts also blamed on water weakening the solid materials composing the dam so that they behave more like a liquid – a phenomenon known as liquefaction.

Massive so-called tailing dams provide the most common waste disposal for mining companies, whether extracting iron ore, gold or copper. While prior experience indicates the dams rarely collapse because of a single cause, the Brumadinho disaster was set in motion by several factors, including poor internal drainage and intense rain that helped cause the excess water, the four-expert panel said.

Vale and its top executives at the time of the disaster have been assailed by politicians and prosecutors for failing to prevent the disaster, despite what critics say were ample warning signs. But the panel’s report said there were “no apparent signs of distress prior to failure.”

The disaster has weighed heavily on Vale’s share price, which is still around 5% lower than the day before the Jan. 25 disaster, while the broader Bovespa index has risen 18% to an all-time high. On Thursday, the shares ticked 1.4% higher.

The panel’s chairman Peter Robertson sidestepped questions at a Sao Paulo news conference about whether the report showed Vale did enough to prevent the disaster and was aware of the risk, saying questions of liability were being examined by a separate panel.

The other committee is still investigating and there is no timeline for when it will finalize its results, a Vale spokeswoman said.

Suspicion that liquefaction caused the Brumadinho collapse was raised by an official in Brazil’s Minas Gerais state as early as February.

Robertson, a geotechnical consultant and former professor, said it was clear Vale and the consultants it hired to inspect the Brumadinho dam were aware of the issues with excess water.

“It’s fair to say they were aware of the high water level and they were taking actions to lower it and the water levels were slowly going down,” he said.

Vale was less aware of another issue related to high iron content in the mining waste used to build the dam’s successive levels, which promoted “bonding” that made its construction materials “potentially very brittle,” Robertson said.

The phenomenon was analogous to a bridge that becomes rusty over time, although unlike the components of a bridge, those of a tailings dam are difficult to “sample,” he said, adding the mining industry was likely to pay more attention to ire ore bonding as a risk factor going forward.

“We hope that in some way our findings will improve practices in the future so that tragedies like this won’t happen again,” he said.