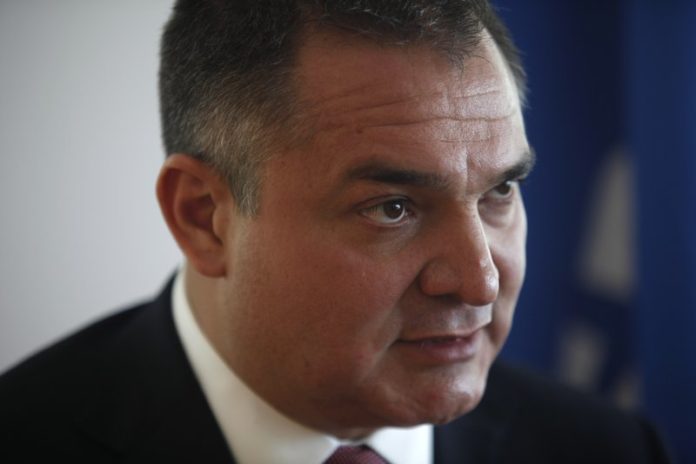 Genaro Garcia Luna, 51, was charged in federal court in Brooklyn with three counts of cocaine trafficking conspiracy and a false statements charge.

Garcia Luna, a resident of Florida, was arrested Monday by federal agents in Dallas, where he made an initial court appearance Tuesday afternoon. He waived his right to a hearing to establish his identity and will remain in custody while awaiting a bail hearing Dec. 17.

Prosecutors in Brooklyn have said they will seek Garcia Luna’s removal to New York, where El Chapo faced trial in 2018. Jurors heard former cartel member Jesus Zambada testify that he personally made at least $6 million in hidden payments to Garcia Luna, on behalf of his older brother, cartel boss Ismael “El Mayo” Zambada.

The cash was delivered during two meetings at a restaurant in Mexico between the start of 2005 and the end of 2007, he said.

In a statement announcing the charges against Garcia Luna, U.S. Attorney Richard P. Donoghue accused the defendant of protecting the cartel “while he controlled Mexico’s federal police force and was responsible for ensuring public safety in Mexico.”

Prosecutors said other cooperating witnesses have confirmed that the cartel paid Garcia Luna tens of millions of dollars to clear the way for the Sinaloa cartel to safely ship multi-ton quantities of cocaine and other drugs into the United States.

The papers add: “By the time the defendant relocated to the United States in 2012, he had amassed a personal fortune of millions of dollars that was inconsistent with a civil servant’s salary in Mexico.”

Garcia Luna was viewed as the point man in then-President Felipe Calderon’s 2006-2012 war on drugs. As public safety secretary, he was one of the most feared members of Calderon’s government, but for years was dogged by allegations about his ties to drug traffickers.

Calderon’s government was criticized for not going after the Sinaloa cartel with the same energy as the cartel’s rivals. Calderon always rebuffed that criticism.

The former president said Tuesday that he was unaware of the details of the charges against Garcia Luna.

“My position will always be on the side of justice and the law,” Calderon wrote in his Twitter account.

Guzman was convicted on charges he was the driving force behind a massive drug conspiracy that spread murder and mayhem for more than two decades. He was sentenced this year to life in prison.