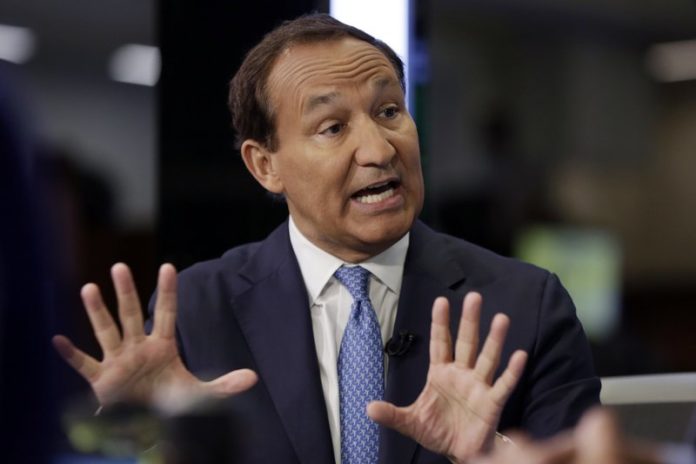 United Airlines will be under new leadership next year with the company’s president, Scott Kirby, taking over as CEO for Oscar Munoz.

Munoz recruited Kirby from American Airlines in 2016, where he had been considered as the likely successor to CEO Doug Parker.

Shares of American Airlines are down almost 30% in the last year, and there were rumors that the carrier was considering bringing him back for the top job.

“One of my goals as CEO was to put in place a successful leadership transition for United Airlines,” said Munoz in a prepared statement Thursday. “I brought Scott to United three years ago, and I am confident that there is no one in the world better equipped to lead United to even greater heights.”

With Kirby, United gets an industry veteran with three decades in the business.

Munoz, an industry outsider when he took the job shortly before hiring Kirby, will become executive chairman at United in May next year. He will serve in that role for a year. Munoz was recruited from the railroad CSX Corp., where he was the chief operating officer.

He guided the company through a rough period and the carrier is in a better place now than when he took over in 2015. He took over for Jeff Smisek, who stepped down abruptly during a federal investigation into the airline’s dealings with officials who run airports in the New York City area.

United at the time lagged its closest competitors by many financial and operational measures. It has since reduced delays and cancellations and boosted margins. Since early last year, United has grown aggressively in Chicago, Denver and other places, adding flights between hub airports and smaller cities.

He became the focus of a disastrous public relations incident when video emerged of a ticketed passenger being forcibly removed from a United jet in 2017. Munoz forfeited his bonus that year, saying that he was ultimately accountable.

In 2016, Munoz underwent heart replacement surgery as CEO after suffering a heart attack.

United’s current chairman, Jane Garvey, will retire from the board in May. She will have served in the position for two years.

Shares of United Airlines Holdings Inc., based in Chicago, are up 5% this year.