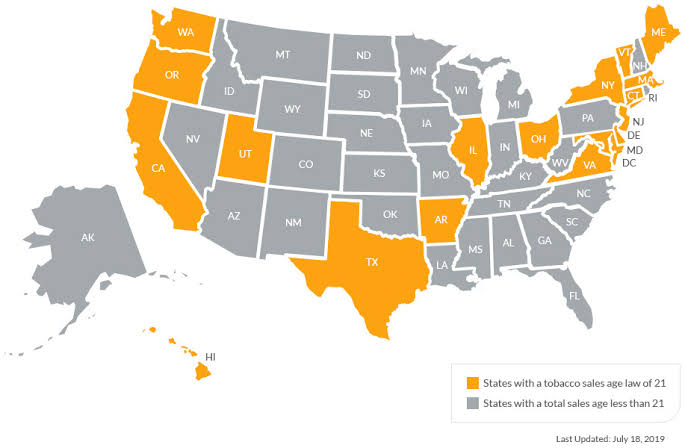 WASHINGTON (Reuters) – Congress would raise the U.S. tobacco purchasing age to 21 and permanently repeal several of the Affordable Care Act’s taxes under a massive government spending bill due to be released later on Monday, congressional sources said.

Republican and Democratic lawmakers hope to pass the bill before current funding runs out on Saturday, to avoid a partial government shutdown and head off the kind of messy budget battle that resulted in a record 35-day interruption of government services late last year and early this year.

It would fund everything from the U.S. military to environmental protection and housing programs through the end of the fiscal year on Sept. 30, 2020.

The plan also would boost spending on election security and authorize gun research spending, according to a Democratic aide.

The House of Representatives aims to pass the spending plan as early as Tuesday. That would give the Senate until Friday to pass it and send it to President Donald Trump to sign into law just before temporary funding expires.