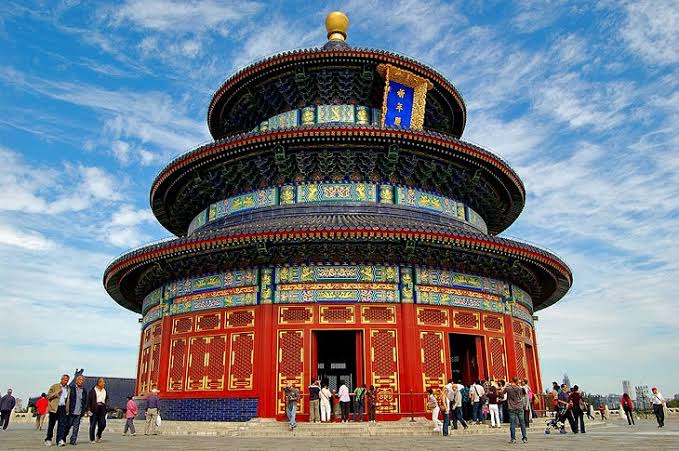 Beijing is the capital of the People’s Republic of China. It has a long history with an abundance of historical and cultural heritage that represents treasures from the city’s civilizations. Beijing has served as a capital of the country for more than 800 years. The city has many places of historic interest and scenic beauty.

The successful hosting of 2008 Olympics Games represents the ultimate statement of China’s emergence as a global superpower, and it is determined to make the ‘People’s Olympics’ the most successful and dazzling ever staged. After the great event, Beijing travel becomes more attractive to international tourists. Now, I would like to show you, my dear international friends around Beijing to experience its culture, history and daily life.

A good place to start exploring the city is Tiananmen Square, where Mao Tse Tung declared the foundation of the People’s Republic. It is the heart of urban Beijing and large enough to accommodate an assembly of one million people.

Go ahead to the Forbidden City, the largest and best-preserved ancient architectural complex in the world. It was the Chinese imperial palace from the mid-Ming Dynasty to the end of the Qing Dynasty. For almost five centuries, it served as the home of the Emperor and his household, as well as the ceremonial and political centre of Chinese government. Now it houses the Palace Museum.

Another must-see is the Temple of Heaven, where Ming and Qing emperors performed solemn rituals for bountiful harvests. It was constructed from 1406 to 1420 during the reign of the Yongle Emperor, who was also responsible for the construction of the Forbidden City in Beijing. Earth was represented by a square and Heaven by a circle; several features of the temple complex symbolize the connection of Heaven and Earth, of circle and square. The whole temple complex is surrounded by two cordons of walls; the outer wall has a taller, semi-circular northern end, representing Heaven, and a shorter, rectangular southern end, representing the Earth. Both the Hall of Prayer for Good Harvests and the Circular Mound Altar are round, each standing on a square yard, again representing Heaven and Earth.

Pay a visit to the Summer Palace, the emperors’ magnificent garden retreat; the Ming tombs, the stately and majestic mausoleums of 13 Ming Dynasty emperors; and the world-renowned and genuinely inspiring Badaling section of the Great Wall. Large-scale construction has brought great changes to Beijing since the founding of the People’s Republic of China in 1949 that adds more and more new attractions to the mysterious old city.

Ming tombs was an imperial tomb site where 13 Ming emperors were buried. The Dingling Tomb is the second-largest tomb, and it is the first of the 13 tombs to be excavated and opened to the public. It is an example of a typical imperial tomb.

In the morning, get up early to visit one of Beijing’s public parks. This is when people enjoy their favorite physical activity, be it tai’chi, jogging, singing or even ballroom dancing. In the afternoon, you can have a chance to experience the real life of local Beijing residents on a tour to the Hutongs by rickshaw. Beijing Hutongs are regarded as the last embodiment of old Beijing’s spirit. Walking along the back street of Hutongs and meeting people there will leave you a different understanding of China.

Beijing Opera is the most popular of all the opera styles in China. It developed from classical singing and dance styles dating from the Ming Dynasty and gradually merged by the late 18th and early 19th centuries into the Beijing Opera we see today. Beijing opera features four main types of performers. Performing troupes often have several of each variety, as well as numerous secondary and tertiary performers. With their elaborate and colorful costumes, performers are the only focal points on Beijing opera’s characteristically sparse stage.

They utilize the skills of speech, song, dance, and combat in movements that are symbolic and suggestive, rather than realistic. Above all else, the skill of performers is evaluated according to the beauty of their movements. Performers also adhere to a variety of stylistic conventions that help audiences navigate the plot of the production.

Beijing acrobatics is another wonderful performance. Though the origins of the performance art are unknown, many believe that acrobatics developed from martial arts exhibitions and date back as early as the Neolithic period. In China they say that every minute an acrobat spends on stage requires ten years of training. Indeed, Beijing acrobatics shows, featuring astonishingly limber performers practicing feats of strength, balance, and skill, are a tremendous sight to behold.