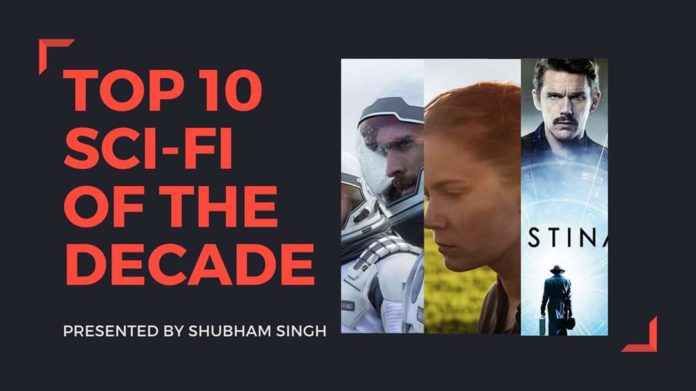 There is something about science fictions, right? It was with Georges Melies’ Le Voyage dans la Lune (released in 1902) that the era of sci-fi films begun. This feature is referred to as one of the first science themed films to be made and it depicted a spacecraft being launched to the moon in a large cannon. One of the most prominent writers of that time was H.G Wells (the author behind the classic The Time Machine and The Invisible Man) who inspired many of the sci-fi films. As time passed, the horizons of science fiction films got wider and films like Star Wars (released in 1977) and Steven Spielberg’s E.T. The Extra-Terrestrial (released in 1982) received the love of audience as well as much critical acclaim and presented world with never seen before content.

Since this decade is about to end in a few days we are presenting you our Top 10 Science Fiction films from last ten years in no particular order (and it was definitely not easy picking them).

So, did we miss your favourites?