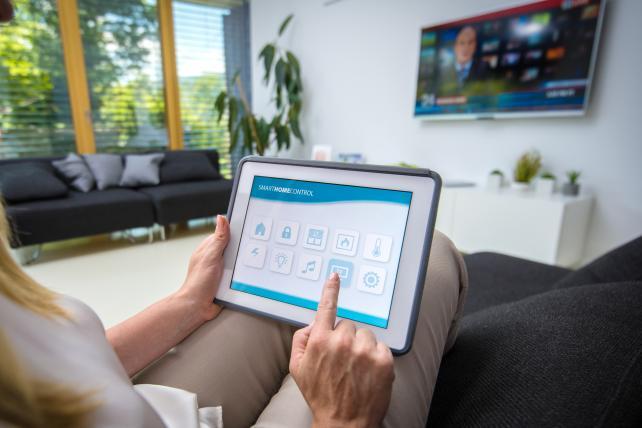 (IANSlife) The West has pretty much upgraded its standard of living to the Smart Home. Despite infrastructure and connectivity problems, you can also start adding some devices to smarten up your home.

An array of Lenovo devices launched recently is meant to act as a starter kit for Indians looking to build a Smart Home. IANSlife spoke to Rahul Agarwal, CEO, and MD, Lenovo India to speak about the launch of their Smart Devices segment in India.

Do you think Indians are geared up to have a Smart Home, especially when there are still towns where people don’t even have electricity?

Agarwal: When you talk about India and its vast expanse, there are 1.3 Billion people and we could actually potentially divide India into 15-20 parts. So, there is a segment of India, which is very tech-savvy, which is tech-enabled and they are already on the technology path to some extent or the other. And there is clearly a list and a part of early adopters, who we believe will jump into this. Now, will this become a mass market in the short term like a smartphone? I think that remains to be seen and that will take a few years for the early adoption to become mass adoption because you know people see such Smart home enabling devices at their friends” and since the prices comfort are down, we will see adoption.

What do you think are the infrastructure and technical challenges that you will face with customers who are keen to set up a Smart Home?

Agarwal: Firstly, smart home I think is a loosely used term because every element in your home can be smart. Right from your refrigerator to your geyser to your coffee maker to your ironing equipment. So, I think there is a wide spectrum when we talk about what is a smart home and I think right now we believe that the customers and the whole ecosystem is ready for a smart home assistant to begin with. And we are seeing that wherever there is a bandwidth which we know has really proliferated in India and there is affordability, this is already happening. So, I really don’t see infrastructure as a bottleneck for adoption, I think this is more about habit, it”s still good to have a product, it”s not a must-have a product and we know that that kind of categories they take their time to build up.

In India devices like Amazon’s smart home devices have not become hugely dominant. Do you think that this is to your advantage or is it a sign to demonstrate caution while entering the space?

Agarwal: Well I think, Yes and No because firstly people like Google and Amazon are investing a lot to build this ecosystem. We still see the penetration of smart devices as low as one and a half percent. And on the other hand, we see a smartphone penetration at a very very high level maybe 60-70 percent. So, I think the next decade or two that’s a spectrum that will be covered and for us, I think we definitely see it as an opportunity.

What are the devices you intend on releasing?

Agarwal: Well, today we launched quite a few products. First is a smart clock which is a bedroom device and I think many of you went through the demo. Then we have 2 smart devices which are home assistants, one is a 7inch and the other is a 10inch and they are fully enabled on the google platforms and they can interact with more than 5000 smart devices and just about do anything for you. In addition to that, we have also showcased today’s Smart bulbs, smart cameras, and smart plugs. And I believe this is just the beginning and as the adoption grows, we will come up with more and more products.

What is Lenovo’s idea of a winning element in their smart devices segment?

Agarwal: I think Lenovo’s winning formula is the same in whatever we do, ”which is a combination of a few factors.

-The most advanced technology, the most durable devices, feedback is taken from customers to improve the usability and lastly value for money. I think these are the four things that have given us success in just about anything that we have done, and I think that will continue for smart devices too.