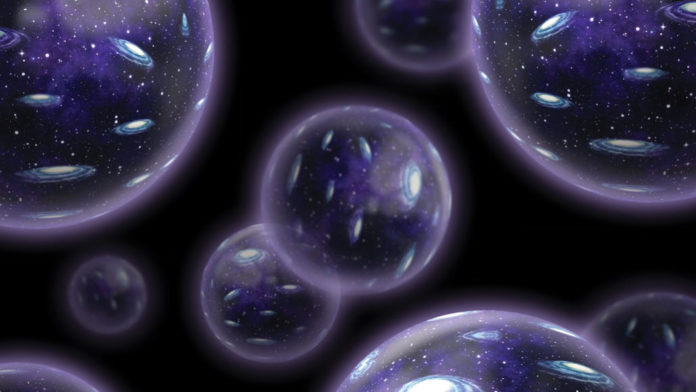 Science is never set in stone. Even if a theory about the universe is airtight, there’s always some uncertainty and a handful of alternate theories vying for the throne. One such theory comes from a legendary physicist amongst the ranks of Stephen Hawking, who says that our universe is just the latest of many — and proponents say they can prove it.

The reigning theory says that the universe started as a point of infinite mass known as a singularity, which exploded in what’s known as the Big Bang. At that point, the universe experienced a period of extremely rapid expansion before settling into a more gradual expansion rate. Roger Penrose, the mathematical physicist who collaborated with Stephen Hawking and has half a dozen science and math concepts named after him, doesn’t subscribe to this view. Instead, he champions his own theory called “conformal cyclic cosmology,” or CCC.

This theory says that our Big Bang wasn’t the first, and it won’t be the last. According to CCC, universes go through phases. First, there’s a Big Bang, then cosmic structures form, and finally, the whole thing gradually cools down. Eventually, all of the stars die and only black holes are left, until those too evaporate and leave behind nothing but disparate particles. Here’s the kicker: At that point, our universe is indistinguishable from a singularity, and another universe emerges from it in its own Big Bang.

To determine what happened in the early days of our universe when it was just a dense plasma soup buzzing with subatomic particles, cosmologists look at the leftover radiation from that time period. It still exists in what’s known as the cosmic microwave background, or CMB — our universe’s baby picture, essentially. CCC theory says that the final dissolving black holes in a past universe would leave their marks (known as “Hawking Points”) on the CMB, and we just need to look for them. Now, Penrose says he’s found them.

Get to the Hawking Point

In a yet-to-be-peer-reviewed paper posted on the pre-print site arXiv.org, Penrose, along with Daniel An and Krzysztof A. Meissner, claim to have found Hawking Points in the CMB. They made this discovery by creating a model CMB with Hawking Points and comparing that to actual CMB data. Lo and behold, there they were.

So why aren’t scientists shouting this discovery from the rooftops? Well, because finding patterns in the CMB is a little bit like finding patterns in clouds: If you look for long enough, you can find all sorts of things. Stephen Hawking even found his initials once. Just as the shape of a cloud can tell you the weather but is otherwise random, there are patterns in the CMB, but its variations are random. Plus, critics say that if CCC were true, Penrose should find tens of thousands of Hawking Points. He only found about 20.

Still, science always leaves room for doubt. Even if our universe didn’t spring from an earlier universe, there still might be more universes out there. Theories abound, and they’re all fun to think about.