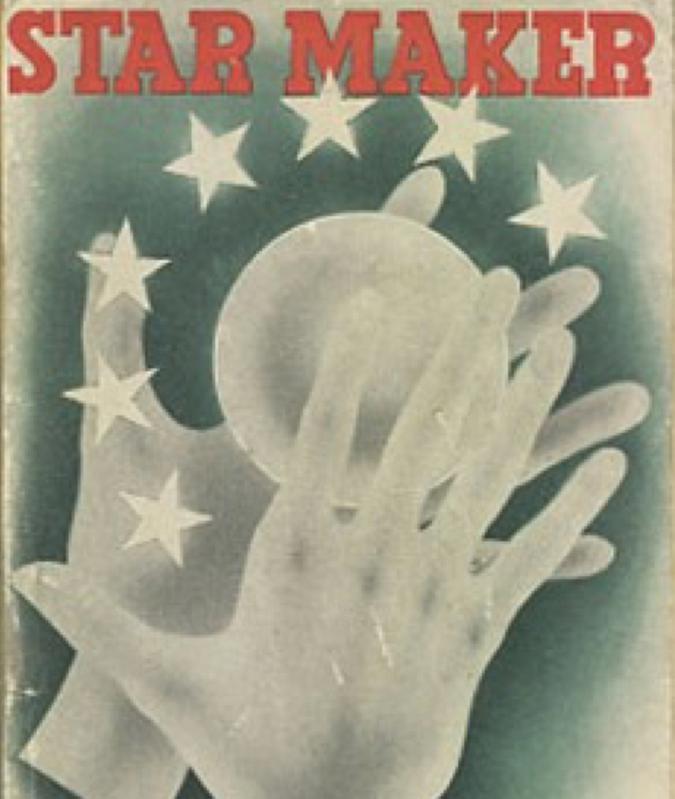 Even stories about future worlds show their age. The computers on Star Trek took up an entire room. The utopian vision pictured in the Jetsons inexplicably features 1950s gender roles. And how many sci-fi classics actually predicted the smartphone? The older a story gets, the less like the future it becomes. That’s why the themes in “Star Maker,” Olaf Stapledon’s sci-fi classic, are so jaw-dropping. He wrote the book in 1937, but it contains ideas you could swear were only conceived in the last few decades.

Philosophy of the Cosmos

The book centers on a human who finds himself transported out of his body and onto a journey through the cosmos. As he moves this way and that through time and space, he learns the true history of the universe and encounters droves of other life forms in various levels of consciousness — some of whom have found ultimate peace and unity, others who have self-destructed. With each visit to a new civilization, he telepathically merges with one of the beings until he’s a collection of consciousnesses that travel freely through the cosmos. After witnessing the birth and death of the universe itself, he meets the Star Maker, the creator of the universe who sees the suffering in his creation but feels no need to correct it since, in the big picture, it’s necessary.

With such a profound plot, it might not be surprising to learn that Olaf Stapledon wasn’t primarily a pulp fiction writer — he was a philosopher and psychology lecturer at Liverpool University. In fact, it’s said that Stapledon was disappointed to learn his book was classified as science fiction since he had aimed it to be a sort of philosophy of the cosmos. Regardless of the book’s genre, it’s had a profound impact on some of the world’s greatest and literary scientific minds. Legendary Argentine writer Jorge Luis Borges called it “a prodigious novel,” and theoretical physicist Freeman Dyson cited it in a scientific paper.

It was definitely a book that was ahead of its time. Here are just a few of the concepts it dwells on, decades before they appeared in the public consciousness.

Just because they’re named for Freeman Dyson doesn’t mean he was the first to think of them. Dyson’s paper that cited “Star Maker” was none other than his conception of an energy shell — now known as a Dyson sphere — that would completely surround a civilization’s home star to collect every last bit of its energy, thereby feeding their futuristic power needs.

“Resolved to pursue the adventure of life and of spirit in the cosmical, the widest of all spheres, it was in constant telepathic communication with its fellows; and at the same time, conceiving all kinds of strange practical ambitions, it began to avail itself of the energies of its stars upon a scale hitherto unimagined. Not only was every solar system now surrounded by a gauze of light traps, which focused the escaping solar energy for intelligent use, so that the whole galaxy was dimmed, but many stars that were not suited to be suns were disintegrated, and rifled of their prodigious stores of sub-atomic energy.”

Pay special attention to the bit where “the whole galaxy was dimmed.” In Dyson’s conception, civilizations using a Dyson sphere could be spotted easily due to their telltale dimness in visible light but extreme quantities of infrared wavelengths — also known as heat.

Today, there are oodles of theories that rely on alternate realities, multiple universes, and manifold dimensions. String theory posits that there are at least 10 dimensions (and probably more). The many-worlds interpretation of quantum physics says that every event splits the universe into one dimension where the event happened and another where it didn’t. The widely accepted concept of eternal inflation says that the universe is expanding into a multiverse of many different universes, which may each play by their own laws of physics.

You know who else thought there were alternate dimensions? Our old buddy Olaf.

“In his maturity, the Star Maker conceived many strange forms of time. For instance, some of the later creations were designed with two or more temporal dimensions, and the lives of the creatures were temporal sequences in one or other dimension of the temporal “area” or “volume.” … In one inconceivably complex cosmos, whenever a creature was faced with several possible courses of action, it took them all, thereby creating many distinct temporal dimensions and distinct histories of the cosmos. Since in every evolutionary sequence of the cosmos, there were very many creatures, and each was constantly faced with many possible courses, and the combinations of all their courses were innumerable, an infinity of distinct universes exfoliated from every moment of every temporal sequence in this cosmos.”

In the fictional Star Trek universe, there’s a guiding principle of the Federation not to interfere with the natural development of alien civilizations. This is known as the Prime Directive. Although Star Trek is this concept’s biggest claim to fame, it’s not the only place it pops up. This has also been put forward as a possible solution to the Fermi Paradox: we’ve never encountered extraterrestrials because they’re watching us from afar, preventing themselves from interfering in our business.

Stapledon thought of that, too.

“Several of these included worlds which, when the early Arachnoid explorers visited them telepathically, were found to be inhabited by native races of pre-utopian rank. These were left to work out their own destiny … Thus, even while the Symbiotics were voyaging among these worlds in rocket vessels and using the mineral resources of neighboring uninhabited planets, the intelligent worlds of pre-utopian rank were left unvisited. Not till these worlds had themselves entered the full Utopian phase and were exploring their neighbor planets were they allowed to discover the truth.”

“Star Maker” also includes themes of panpsychism, the overview effect, and other far-reaching concepts. All that in a book less than 300 pages long that was written before the invention of Velcro. We don’t know how Stapledon would react to the news that his ideas are so widespread today, but we do know one thing: he’d definitely be a Trekkie.