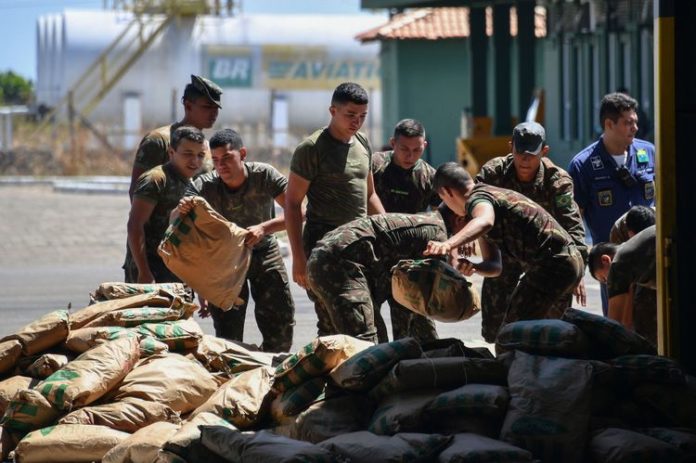 Defense Minister Vladimir Padrino said police and the military had recovered all the stolen weapons and detained some suspects. He blamed the attack on “extremist sectors of the opposition,” without naming any individuals.

Venezuela, whose economy has collapsed under socialist President Nicolas Maduro, is in the midst of a deep political crisis. In January, opposition-held National Assembly president Juan Guaido invoked the constitution to assume a rival presidency and encouraged the military to side with him.

A spokesman for Guaido had no immediate comment. Maduro dismisses Guaido as a U.S. puppet seeking to oust him in a coup, and has retained control of the territory and the military.

Information Minister Jorge Rodriguez said six people had been arrested in connection with the attack in southern Bolivar state, near the border with Brazil. He added that the raiders had been trained at “paramilitary camps in Colombia” and had received assistance from Brazilian President Jair Bolsonaro.

Venezuelan Foreign Minister Jorge Arreaza described the group as “mercenaries” based in Peru. Neither Rodriguez nor Arreaza provided evidence for their statements.

A spokesman for Bolsonaro declined to comment. Colombia’s foreign ministry had no immediate comment. Both countries have recognized Guaido as the country’s rightful leader, along with the United States and most Western democracies.

Remote, vast Bolivar state has been the site of violent confrontations between government forces and informal miners in recent years.

In February, during a Guaido-led attempt to bring humanitarian aid in through the border, there were deadly confrontations between troops and indigenous people in the state.