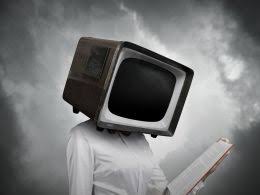 Giulio Regeni, an Italian student tortured and murdered in Cairo in 2016, was ensnared in a “spider’s web” spun by the Egyptian security services in the weeks leading up to his death, Rome prosecutors said on Tuesday.

Prosecutors Sergio Colaiocco and Michele Prestipino have been investigating Regeni’s killing in coordination with Egyptian officials, but after almost five years no-one has been charged with the killing.

Italy last year placed five members of Egypt’s security forces under official investigation for their alleged involvement in the disappearance of Regeni, a 28-year-old postgraduate student at Cambridge University.

Egyptian officials have repeatedly denied any involvement in Regeni’s killing. There was no immediate comment from authorities in Egypt on the prosecutors’ remarks.

Colaiocco told the first session of a parliamentary commission set up to review the case that Regeni had been the focus of significant scrutiny by security forces in Cairo.

“A web was spun by Egypt’s national security service from the October preceding his death, a web in which the apparatus used the people closest to Giulio in Cairo,” Colaiocco said. People who knew Regeni had passed information about him to the security services, he alleged.

Regeni disappeared on Jan. 25, 2016 – the fifth anniversary of the start of the 2011 uprising that ended the 30-year rule of Hosni Mubarak.

Colaiocco said unspecified Egyptian officials had tried on four occasions to mislead the investigation – including claiming Regeni might have died in a car accident and then suggesting he was killed by a five-strong criminal gang, who in turn were shot dead by Egyptian police.

“The public prosecutor’s office will continue with determination to do all it can to find evidence and work out what happened,” he added.