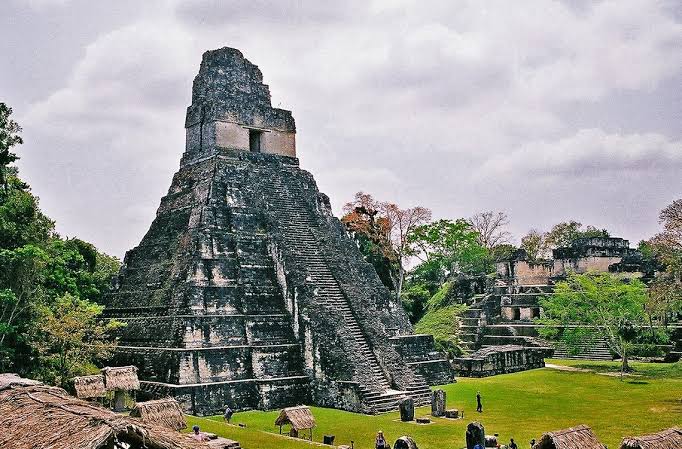 Guatemala is “the country of eternal spring” for its current inhabitants, despite struggles many experience in their day-to-day lives. Throughout its history, Guatemala has had to overcome strong, painful battles that have marked the history of their land and its Central American neighbors.

The earliest records of life in Guatemalan territory date back to the Mayans, a culture that determines much of the identity of the ‘chapÃ­nes’, as the natives of the present Republic of Guatemala are known.

The first signs of life were found in the Peten area and date from 6500 years BCE. Most archaeological findings are from 3000-2500BCE and belong to the large number of Indian settlements.

As shown in the fairly-accurate historical movie “Apocalypto”, the Mayans lived in small colonies and shared daily tasks to survive in the world around them. Even today, despite the influence of western, indigenous peoples remain the same behavior to have food, shelter and entertainment.

Pedro de Alvarado, the Spaniard conquistador, was designated to enter the Guatemalan land and chose to do it across the Pacific. His bright idea was to convince the Cakchiquel people to fight alongside him and his troops against the K’iche’. As the story goes, the Indian chief and now national hero Tecum Uman was the only one able to settle differences between indigenous peoples who were confronted by old grudges.

The Spanish army was more powerful and after many bloody battles, they were able to control the Indians. The last key town to fall under domain was the heart of the Maya Itza: Tayasal city.

An important starting point for Guatemala was the battle for independence in the 19th century. On September 15, 1821, Guatemala won its independence from Spain and indirectly released several of its Central American neighbors. Even today, this date is cause for great celebration and remembrance for those who fought.

Throughout its rich history, Guatemala has moved its capital several times. It all began with the arrival of the Spaniards, who after its first victories settled the first capital at a place called Iximche. This city did not last long as the capital of the fledgling country due to constant battles with the Indians. Next, the Spaniards moved to the Valley of Almolonga, this time led by Jorge de Alvarado (Pedro’s brother). A storm of epic proportions destroyed the city and the Indians said it was a divine punishment. Pedro de Alvarado died trying to save himself and his wife did shortly after.

The capital was then placed in the Valley of Panchoy and stayed there for two centuries. A series of strong earthquakes left architectural structures in terrible condition and a new change it was decided. Today, the town is known as Antigua Guatemala and is a must-see tourist destination. In 1777, amid protests and intention of many people not to move, Guatemala of the Assumption was founded in the Virgin Valley.

Nowadays, the capital is one of the most modern and powerful in Central America, with contrasting high-tech centers and the charm of a population with indigenous features. A past rich in history, a present that drives the economy in the region, and a promising future.