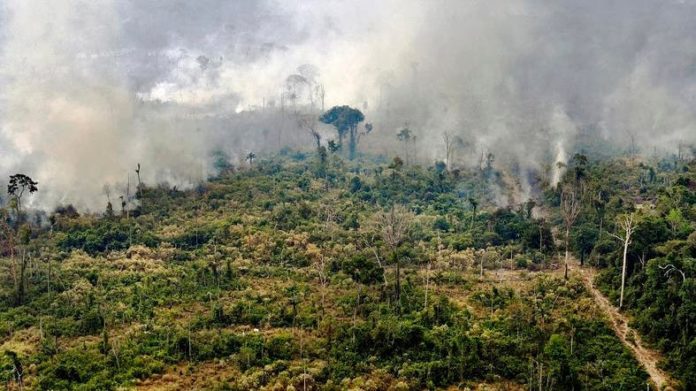 An Earth observation satellite jointly developed by China and Brazil was launched into space on Friday under a bilateral programme seen as a template for broader cooperation among BRICS nations.

The China-Brazil Earth Resource Satellite-4A was launched on a Long March-4B rocket in the northern Chinese province of Shanxi, the official Xinhua news agency reported.

The satellite was the sixth developed under the China-Brazil Earth Resources Satellite (CBERS) programme that began in 1988. The satellites are designed for Earth observation from orbit for non-military use.

The CBERS-4A will support the Brazilian government’s monitoring of the Amazon rainforest and changes in the country’s environment, according to Xinhua.

Another eight satellites were put into orbit by the same rocket, including a wide-range, multi-spectral, remote-sensing microsatellite donated to Ethiopia.

Brazil, Russia, India, China and South Africa – collectively known as BRICS – have been in talks on a framework agreement to create a constellation of satellites for Earth remote-sensing and share data obtained by each others’ satellites.

Each country will provide one to two satellites to the constellation, according to the China National Space Administration in 2018.

The CBERS satellites would be included in the constellation programme.

Currently, only South Africa in the BRICS bloc does not have satellites of its own.