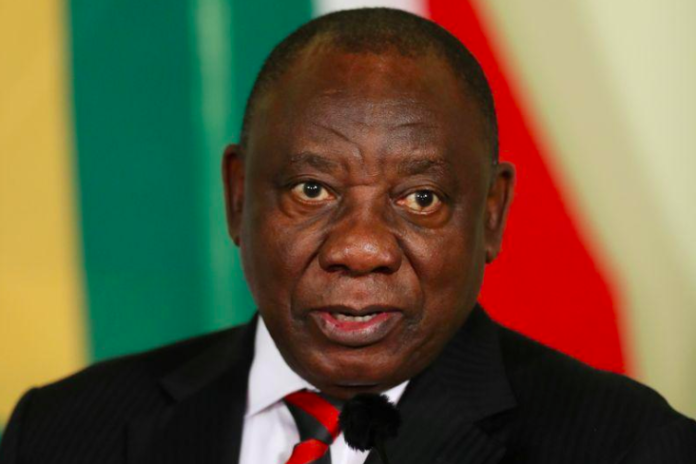 JOHANNESBURG (Reuters) – South Africa’s state utility Eskom will work to stabilise the national power grid by the end of March in the wake of the country’s most severe blackouts in a decade, President Cyril Ramaphosa said on Wednesday.

A week of heavy rains across parts of South Africa has caused flooding, leading to evacuations and aggravating problems at the cash-strapped and indebted power company, which has been struggling to keep the lights on since 2008.

Ramaphosa, who cut short a state visit to Egypt as the power crisis deepened, met with Eskom’s management and board on Wednesday as mines forced to halt operations earlier in the week reopened.

“Management has given us an assurance that they are trying to stabilise the system,” he told a press briefing following the meeting.

“Going right through March, they will be seeking to do everything they can to restore the stability of the network,” he said without giving details on how Eskom plans to achieve this.

He added that public enterprises and energy ministers would bring proposals before cabinet on Friday aimed at closing South Africa’s energy gap.

Potential sabotage at Eskom power stations was responsible for 2,000 megawatts (MW) of lost capacity and needed to be investigated, he said.

Eskom earlier announced it planned to reduce national grid supplies by 2,000 MW on Wednesday, down from a 6,000 MW reduction on Monday. But the company added that the probability for continued loadshedding, or planned rolling blackouts, “remained high for the rest of the week”.

Chief Operations Officer Jan Oberholzer told Reuters the power cuts earlier in the week were caused by a “perfect storm” of extreme rainfall and breakdowns at coal-fired power plants. One coal mine and three power stations had flooded, he said.

Breakdowns were occurring across Eskom’s coal-fired plants because previous managers had not done critical mid-life maintenance, he added.

The breakdowns were likely to persist as Eskom has neither the spare generating capacity nor the money to take all of the faulty coal units off-line and overhaul them, Oberholzer said.

The power cuts, which have disrupted the supply of electricity to businesses and households across South Africa, dealt a further blow to an economy already teetering on the brink of recession.

In the short run, a combination of drier weather and work places shutting down for Christmas will cool demand for power, relieving pressure on the grid, said Azar Jammine, director of South Africa-based consultancy Econometrix.

But he added: “It has created a lot of uncertainty over whether we can rely on energy security in South Africa, and that in itself is going to damage economic growth.”

South Africa’s struggling state-owned companies have been a major headache for Ramaphosa who came to power nearly two years ago vowing to reverse years of mismanagement and economic stagnation.

On Monday, he vowed to take “drastic” steps if necessary to ensure their survival.

South African Airways was placed in bankruptcy protection last week and an independent administrator was appointed to run the state’s passenger rail company on Monday.

But loss-making Eskom, which generates more than 90% of the country’s power, is the “most serious risk” to the economy, the Treasury says. This is largely because of its 500 billion rand of debt, mostly government-backed.