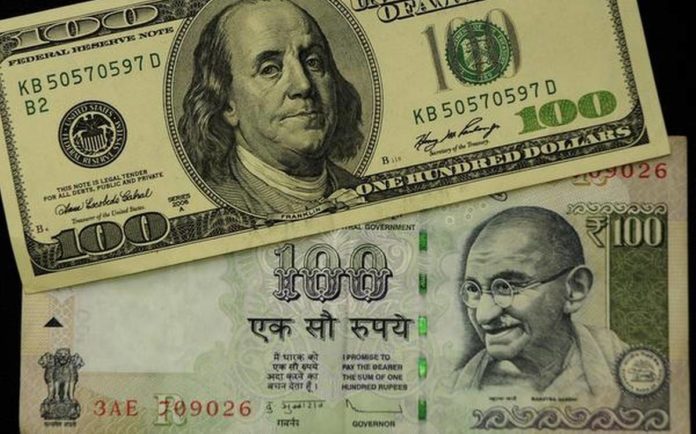 (PTI) The Indian rupee opened on a steady note at 71.30 against the US dollar in early trade on Friday, a day after the Reserve Bank of India kept the key policy rate unchanged and decided to continue with its accommodative stance to support the economy.

Forex traders said the domestic unit was trading in a narrow range as investors are awaiting fresh cues on the US-China trade front.

On Thursday, the rupee had settled for the day at 71.29 against the US dollar.

The dollar index, which gauges the greenback’s strength against a basket of six currencies, fell marginally by 0.04 percent to 97.37.

Foreign institutional investors (FIIs) remained net buyers in the capital market, as they purchased shares worth Rs 653.36 crore on Thursday, according to provisional exchange data.

The 10-year government bond yield was at 6.62 percent in early trade.

Meanwhile, on the global front, China’s government has said that the United States must roll back punitive tariffs on Chinese goods if the two sides reach a trade deal.