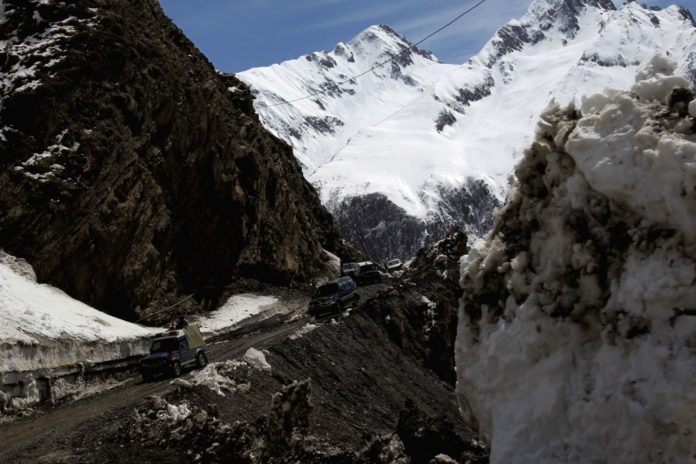 (IANS) The Border Roads Organisation (BRO) which maintains and develops road networks across India”s borders has, in 2019, constructed and developed approximately 60,000 km of roads, including a crucial 19.72 km road near Doklam, the site of the 73-day stand-off in 2017 between the Indian and Chinese armies.

The organization has also developed road infrastructure in some friendly neighbourhood countries.

Apart from roads, the BRO has also developed the Maj Pmt Bridge, 19 airfields and two tunnels in difficult and remote locations near the border areas in 2019.

This year, one of the BRO’s achievements was the development of the 19.72 km Bheem Base-Dokala road that helps the Indian Army reach the strategic Dokala base, which stands at the edge of the disputed Doklam plateau near Sikkim, in just 40 minutes. Earlier, it used to take seven hours.

It is an all-weather black tarred road that has no restrictions on its load-carrying capacity.

When the Indian Army was engaged in a tense stand-off with the Chinese People’s Liberation Army in Doklam in 2017, access to the base used to take up to seven hours on a mule track.

The BRO is also developing an underwater tunnel across the Brahmaputra. The approval-in-principle has been accorded by the Ministry of Defence and the proposal includes two road tubes and one rail tube.

The BRO is developing the 297-km long Nimmu-Padam-Darcha (N-P-D) road. Initially, in 2002, this road was conceived to be developed to single lane specification under the Prime Minister’s package for Jammu and Kashmir.

However, due to various reasons including operational, during 2007 it was decided to develop this road to National Highway Double Lane specification. Out of 297 km, connectivity has been achieved for 257.55 km so far.

The BRO is also developing the Akhnoor-Poonch road, Se La tunnel on the road to Balipara, Charduar, and Tawang.

The BRO was entrusted with 61 Indo-China border roads having a length of 3,346 km.

Till date, 75 per cent of the road length has been blacktopped and 98 per cent connected. As on date, 36 roads totaling 2,501 km have been completed.