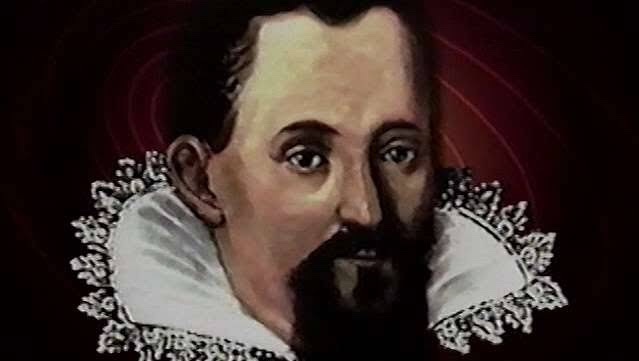 Johannes Kepler (December 27, 1571 – November 15, 1630) was a German astronomer, mathematician, and astrologer. He is a key figure in the 17th-century scientific revolution, best known for his laws of planetary motion, and his books Astronomia nova, Harmonices Mundi, and Epitome Astronomiae Copernicanae. These works also provided one of the foundations for Newton’s theory of universal gravitation.

Kepler was a mathematics teacher at a seminary school in Graz, where he became an associate of Prince Hans Ulrich von Eggenberg. Later he became an assistant to the astronomer Tycho Brahe in Prague, and eventually the imperial mathematician to Emperor Rudolf II and his two successors Matthias and Ferdinand II. He also taught mathematics in Linz, and was an adviser to General Wallenstein. Additionally, he did fundamental work in the field of optics, invented an improved version of the refracting (or Keplerian) telescope, and was mentioned in the telescopic discoveries of his contemporary Galileo Galilei. He was a corresponding member of the Accademia dei Lincei in Rome.

Kepler lived in an era when there was no clear distinction between astronomy and astrology, but there was a strong division between astronomy (a branch of mathematics within the liberal arts) and physics (a branch of natural philosophy). Kepler also incorporated religious arguments and reasoning into his work, motivated by the religious conviction and belief that God had created the world according to an intelligible plan that is accessible through the natural light of reason. Kepler described his new astronomy as “celestial physics”, as “an excursion into Aristotle’s Metaphysics”, and as “a supplement to Aristotle’s On the Heavens”, transforming the ancient tradition of physical cosmology by treating astronomy as part of a universal mathematical physics.

Among Kepler’s many other achievements, he provided a new and correct account of how vision occurs; he developed a novel explanation for the behaviour of light in the newly invented telescope; he discovered several new, semiregular polyhedrons; and he offered a new theoretical foundation for astrology while at the same time restricting the domain in which its predictions could be considered reliable. A list of his discoveries, however, fails to convey the fact that they constituted for Kepler part of a common edifice of knowledge. The matrix of theological, astrological, and physical ideas from which Kepler’s scientific achievements emerged is unusual and fascinating in its own right. Yet, because of the highly original nature of Kepler’s discoveries, it requires an act of intellectual empathy for moderns to understand how such lasting results could have evolved from such an apparently unlikely complex of ideas. Although Kepler’s scientific work was centred first and foremost on astronomy, that subject as then understood—the study of the motions of the heavenly bodies—was classified as part of a wider subject of investigation called “the science of the stars.” The science of the stars was regarded as a mixed science consisting of a mathematical and a physical component and bearing a kinship to other like disciplines, such as music (the study of ratios of tones) and optics (the study of light). It also was subdivided into theoretical and practical categories. Besides the theory of heavenly motions, one had the practical construction of planetary tables and instruments; similarly, the theoretical principles of astrology had a corresponding practical part that dealt with the making of annual astrological forecasts about individuals, cities, the human body, and the weather. Within this framework, Kepler made astronomy an integral part of natural philosophy, but he did so in an unprecedented way—in the process, making unique contributions to astronomy as well as to all its auxiliary disciplines.

Beyond his role in the historical development of astronomy and natural philosophy, Kepler has loomed large in the philosophy and historiography of science. Kepler and his laws of motion were central to early histories of astronomy such as Jean-Étienne Montucla’s 1758 Histoire des mathématiques and Jean-Baptiste Delambre’s 1821 Histoire de l’astronomie moderne. These and other histories written from an Enlightenment perspective treated Kepler’s metaphysical and religious arguments with skepticism and disapproval, but later Romantic-era natural philosophers viewed these elements as central to his success. William Whewell, in his influential History of the Inductive Sciences of 1837, found Kepler to be the archetype of the inductive scientific genius; in his Philosophy of the Inductive Sciences of 1840, Whewell held Kepler up as the embodiment of the most advanced forms of scientific method. Similarly, Ernst Friedrich Apelt—the first to extensively study Kepler’s manuscripts, after their purchase by Catherine the Great—identified Kepler as a key to the “Revolution of the sciences”. Apelt, who saw Kepler’s mathematics, aesthetic sensibility, physical ideas, and theology as part of a unified system of thought, produced the first extended analysis of Kepler’s life and work.

Alexandre Koyré’s work on Kepler was, after Apelt, the first major milestone in historical interpretations of Kepler’s cosmology and its influence. In the 1930s and 1940s, Koyré, and a number of others in the first generation of professional historians of science, described the “Scientific Revolution” as the central event in the history of science, and Kepler as a (perhaps the) central figure in the revolution. Koyré placed Kepler’s theorization, rather than his empirical work, at the center of the intellectual transformation from ancient to modern world-views. Since the 1960s, the volume of historical Kepler scholarship has expanded greatly, including studies of his astrology and meteorology, his geometrical methods, the role of his religious views in his work, his literary and rhetorical methods, his interaction with the broader cultural and philosophical currents of his time, and even his role as an historian of science.