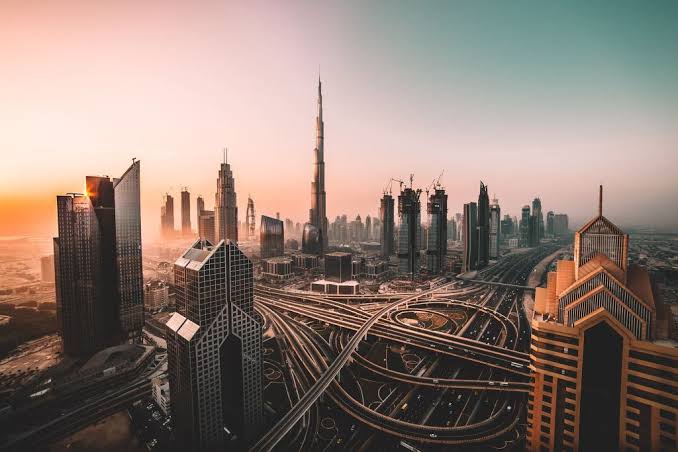 “Nothing has changed,” Sajwani told a CNBC-moderated panel at the Salt Conference in Abu Dhabi on Wednesday. “The glut of supply we have, or we are going to have, will have an impact on the market.”

Dubai’s real estate market, a crucial component of its economy, is feeling the pain. Housing oversupply has forced prices down at least a quarter since 2014, and a surplus of vacant apartments sit in darkness among the bright lights of its glitzy skyline.

“It’s the greediness of the developers,” Sajwani said, pointing the finger at his competitors.

“You reach a time in the curve where you need to slow down,” Sajwani said, suggesting that builders need to halt new residential projects for at least a year in order to start a recovery.

Sajwani is feeling the impact of a weak market. Damac Properties, the firm he started in 2002, is one of the largest development companies in the Middle East, offering affordable luxury homes and communities for those chasing a desert dream. The business posted an 88% drop in net profit for the first nine months of 2019, and moved recently to stop paying dividends to investors, citing lower profitability and a weak market.

“Damac is in a very strong position,” Sajwani insisted. “We have more than 5 billion dirhams ($1.4 billion) cash in the company, we have just paid more than 1 billion dirhams debt in bonds last April, and we can pay our bonds 18 months earlier, maybe two years earlier than the due date in 2022 and 2023,” he said.

But the issues within the property market aren’t limited to supply alone.

Dubai’s economy grew at just 1.94% last year, its slowest pace since the dark days of the city’s near economic collapse in 2009. Ten years ago, a debt crisis sparked by a property crunch forced Dubai to seek a $20 billion dollar bailout from its more conservative and moneyed neighbor, Abu Dhabi.

The situation is unlikely to repeat, but the state of the property market has raised concerns in some circles about a possible flow on effect into the countries banks. Lenders in the emirate extended loans worth $66 billion to Dubai’s real estate sector last year, according to the UAE Banks Federation.

“I don’t think this will impact the domestic banks,” Sajwani told the audience. “We have a strong central bank and a strong currency,” he said. “They’ve kept enough provisions. I think their strategy of lending has been very conservative.”

The government of Dubai has also established a real estate planning commission to review the sector. “They’re thinking, they’re talking, they’re meeting investors and businessmen and they’re taking action. When you have the will, you’ll get it done,” he said.

No specific recommendations have been announced so far.

Sajwani, ever the optimist, still sees a bright future for the country he loves. As Dubai and the UAE look towards a moment in the sun for Expo 2020, analysts including those at S&P, expect a decent economic boost and city house prices to steady.

“You’re talking here about one of the most stable, strongest economies in the Middle East,” Sajwani told the audience. “There is no worry on the countries fundamentals. With the Expo coming in, I think Dubai and UAE will benefit tremendously,” he added.