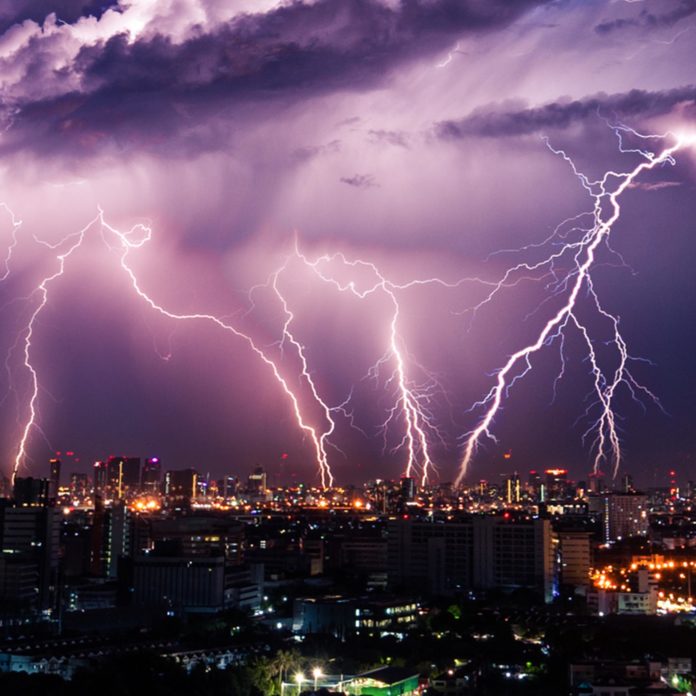 There’s nothing like watching a raging thunderstorm from the comfort of a warm room. The constant thrum of the pouring rain, the occasional explosion of thunder, and, of course, the blinding flashes of lightning that accompany them. Just thank your lucky stars you aren’t out there. Most of those flashes are what you’d call negative lightning. But if it’s positive lightning that explodes outside, then you’re in serious trouble.

The Science behind Lightning

Positive and Negative, Ups and Downs

Before we get into the difference between positive and negative lightning, let’s talk about how lightning works in the first place. Scientists are still debating the details of this process, but here’s the leading theory: Thunderclouds are filled with tiny bits of ice that collide and knock away each other’s electrons. Some ice particles lose electrons, and others gain them — the former gain a positive charge, the latter a negative one. The positive particles then tend to gather toward the top of the cloud, and the negative ones gather at the bottom. What happens next is literally a giant burst of static electricity, just like the stuff that sparks from your fingers on a dry, cold day. As the charge grows larger on both sides, an exchange of energy is inevitable. Eventually, a bolt of electrons is going to leap from the negative side to the positive side and even things out a bit.

Most of the time, lightning stays between the upper and lower parts of the cloud. But the lightning you see when a storm rolls through blasts its electrons towards the ground instead, as the negatively charged water particles toward the bottom of the cloud interact with the earth. When a negative charge is transferred from a cloud to the ground, it’s known as negative lightning, and it makes up about 90 to 95 percent of all the lightning you ever see.

By contrast, positive lightning happens because of that positive charge that builds up at the top of the cloud. Because an ordinary storm cloud keeps negatively charged particles between the positively charged particles and the ground, positive lightning doesn’t usually happen unless there’s a strong wind to move the negative charge out of the way, or once most of the storm has cleared. In this case, the electrons have a much greater distance to travel. When they do, watch out! A negative bolt produces about 300 million volts and 30,000 amps of electricity — a positive one produces about a billion volts and 300,000 amps.

A Bolt from the Blue