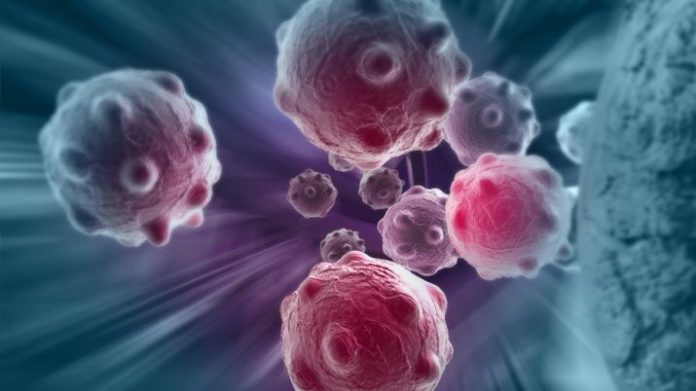 (IANS) Extract from a medicinal plant Anthocephalus Cadamba in combination with a dye exposed to near infra-red light can selectively kill cancer cells, found a multi-institutional study.

The synergistic activation of Reactive Oxygen Species (ROS) mediated autophagy (the natural process of removing damaged cells) by light-triggered nanoliposomes can be a useful strategy for enhancing the anti-cancer potential of combinational therapies, says the study led by researchers from the Indian Institute of Technology (IIT), Hyderabad.

Done as part of the Ph.D. work of the students, the study has been recently published in the scientific journal Nanoscale

“We have taken organic solvent mediator extract from plant Anthocephalus Cadamba and then tested this extract on various cell lines, both normal healthy cell lines and cancer cell lines. We found that this extract from this plant is very selective in killing cancer cells,” Aravind Kumar Rengan from the Department of Biomedical Engineering at IIT Hyderabad, told IANS.

The researchers did High-Performance Liquid Chromatography (HPLC) and found few components, two of them not reported earlier.

The team carried out some basic in-vitro analysis with cell lines in lab-level conditions. It then performed a pilot study in a mouse model. “We need to have a thorough in-vitro as well as animal studies to go towards translations,” he said.

Stating that the team will carry on further analysis, he said they need to identify what all those particular contents in that extract which are causing selective cancer cell death. “Only then it will be easy to go for large-scale production of that particular extract.”

Rengan said a lot of clinical trials would be needed and this will take a significant amount of time.

“There are many compounds that show very good results in in-vitro and animal studies but they fail in clinical trials. Unless and until we test and do stage-I clinical trials we are not very sure how effective it will be the inhuman system. The only good thing we don’t use harmful chemicals we use only plant extract which is very much compatible.”