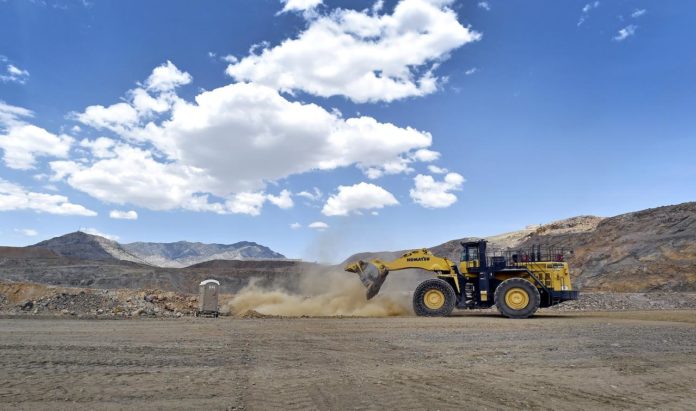 The U.S. military plans to stockpile rare earth magnets used in Javelin missiles and F-35 fighter jets, according to a government document seen by Reuters, a step that critics say does little to help create a domestic industry to build specialized magnets now made almost exclusively in Asia.

The Pentagon is seeking proposals to cache a rotating six-month supply of neodymium iron boron (NdFeB) magnets, a type of rare earth magnet essential to weapons manufacturing, according to the document, detailing the latest attempt to weaken China’s control over the rare earths sector.

Beijing has been using that prowess for leverage in its trade war with Washington.

The request effectively seeks someone to warehouse a six-month supply of the specialized magnets and maintain it for at least 30 months. It does not offer financial support for NdFeB magnet manufacturing, which industry analysts and executives say is a short-sighted misstep by the Pentagon.

“This is definitely a curve ball,” said Peter Afiuny of Urban Mining Co, a privately held company building a rare earth magnet facility near Austin, Texas. “We expected the call would be strategically aimed at actually doing something to spur domestic production capacity.”

China and Japan are the world’s largest NdFeB magnet producers. None of the specialized magnets are made in the United States, though a U.S. Naval Research Laboratory scientist invented them here in the early 1980s.

Reuters reported last week that the Pentagon is funding construction of rare earths processing facilities. But after rare earths are processed, they must be turned into magnets, otherwise they are of little value to electronics and weapons manufacturers.

The Pentagon did not respond to requests for comment.

President Donald Trump this year ordered the military to update its supply chain for the niche materials, warning that reliance on other nations could hamper U.S. defenses.

Responses to this latest Pentagon request are due by Jan. 22, 2020, according to the document.

The Pentagon plans to spend $10 million on the program, with recipients funding another $10 million in total. Each recipient will receive a maximum of $3 million, according to the document.

It was not immediately clear why the Pentagon only wants an available supply for 30 months nor was it clear the volume or grade of magnet being sought or the timeline of when winners could be picked.

“Our government usually moves slowly unless there’s a severe crisis, at which time extraordinary action is needed to mitigate the problem,” said Steve Constantinides, a U.S.-based rare earths industry consultant.

Because Hitachi Metals Ltd controls the processing patent for NdFeB magnets, the request is likely to be a boon for the Japanese company. Urban Mining, the Texas startup, says its NdFeB manufacturing process involves recycling of older magnets.

Hitachi licenses its technology to manufacturers in China and elsewhere, but none in the United States. Chinese producers remain by far the world’s cheapest producers of magnets.

Hitachi Metals did not respond to a request for comment.

The Pentagon’s request acknowledges that if no domestic rare earth sources are available to build the stockpile, foreign suppliers may be used. But the U.S. Congress this year approved legislation that forbids the Pentagon from using magnets made in China, North Korea or Russia, further complicating the supply chain.

Hitachi Metals itself expanded an NdFeB magnet plant in China Grove, North Carolina, in 2011 before shuttering the NdFeB magnet operations around 2015 due to challenging economics. The equipment is being auctioned off now.

That, critics say, points to the need for direct U.S. government involvement.

Richardson estimates the Pentagon would need to spend about $50 million to build a U.S. rare earth magnet facility. “It’s a small amount of money to pay so if we go to war with China, we’re not calling them up asking for supply” of rare earth magnets.