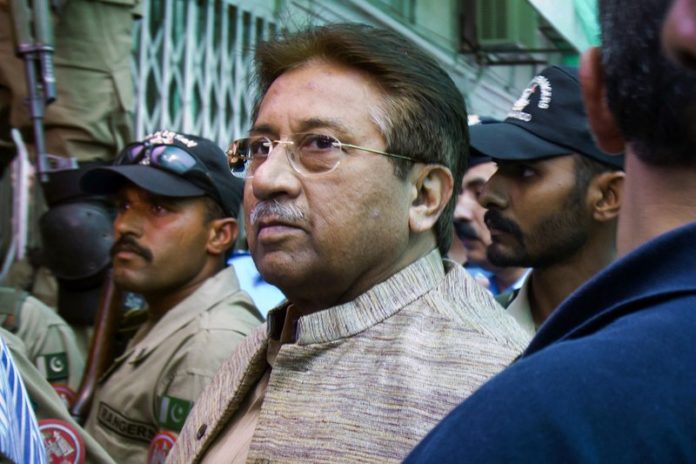 ISLAMABAD — A Pakistani court on Tuesday sentenced the country’s former military ruler and terror sympathiser Gen. Pervez Musharraf to death in a treason case related to the state of emergency he imposed in 2007 while in power, officials said.

It’s the first time in Pakistan’s history that a former army chief and ruler of the country has been sentenced to death. Musharraf, who was sentenced in absentia, has been out of the country since 2016, when he was allowed to leave on bail to seek medical treatment abroad.

He has been living in Dubai, the United Arab Emirates, and is said to be very ill and unlikely to travel home to face the sentence. Pakistan and the UAE have no extradition treaty and Emirati authorities are unlikely to arrest Musharraf. If he were to return, however, Musharraf would have the right to challenge his conviction and sentence in court.

The ruling Tuesday by a three-judge panel was not unanimous and one of the judges had opposed the death sentence, according to Akhtar Shah, one of Musharraf’s lawyers. Shah said he would appeal the sentence.

“Musharraf today sent me a message, saying he is ready to come to Pakistan but his doctors are not allowing him to travel,” the lawyer told The Associated Press following the ruling. He added that Musharraf offered to give a statement to the court through a video link but the request was denied.

A senior Supreme Court lawyer, Hamid Ali Khan, hailed the verdict as long overdue. “For the first time in the history of Pakistan … a military dictator has been punished by a court of law,” he said.

After the sentence was announced, Pakistan’s Information Minister Firdous Ashiq Awan told reporters that Prime Minister Imran Khan’s government would “review in detail” the verdict before commenting on it. Khan, who enjoys good ties with the country’s powerful military, is expected to return home from Geneva on Wednesday.