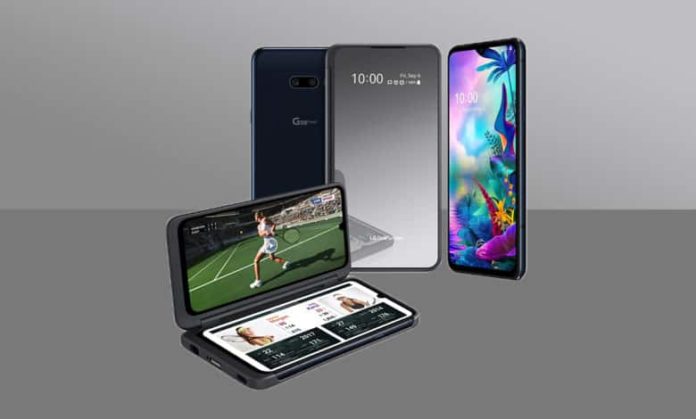 (IANS) Over 1,000 units of the newly-launched LG G8XThinQ dual-screen smartphone were sold out during the first wave of sale on Amazon India, the company announced on Saturday.

The South Korean tech major had introduced the dual-screen smartphone in India for Rs 49,999 last week.

“We are extremely delighted with the amazing response from consumers and are confident that LG G8XThinQ dual screen smartphone will elevate their experience. This is a testament to our continuous efforts to our technological innovation and superior product quality,” Advait Vaidya, Business Head-Mobile Division, LG Electronics India Pvt Ltd, said in a statement.

“Dual screen as a concept is very new in India and we have received many accolades and positive feedback from consumers so far. We expect the momentum to further grow and create new benchmarks in India.”

The device features two identical 6.4-inch OLED displays with an in-display fingerprint sensor for easier locking and unlocking the device.

The device houses a 12MP standard and a 13MP super-wide camera at the back, along with a 32MP front camera.

According to the company, the device features two 1.2W speakers which aim to deliver bold, balanced stereo sound while the 32-bit Hi-Fi Quad DAC tuned by Meridian Audio for better smartphone sound.

The phone features a microphone that is automatically turned up when capturing video to ensure that sounds are recorded in vivid detail for the most captivating, autonomous sensory meridian response (ASMR) recordings.

The device is powered by Qualcomm Snapdragon 855 Octa-Core processor with 6GB RAM and 128GB storage.