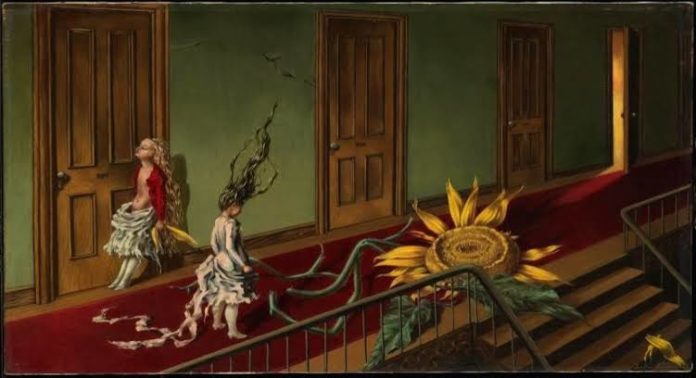 (IANSlife) Lewis Carroll’s original handwritten manuscript and the rare illustrations by John Tenniel, Ralph Steadman and Disney for “Alices Adventures in Wonderland” are set to go on exhibition next year.

Alice’s story, read and loved worldwide, will come alive at the Victoria and Albert Museum in London. Its landmark exhibition “Alice: Curiouser and Curiouser” will celebrate one of the most iconic, imaginative and inspiring stories of all time.

Exploring Alice in Wonderland’s origins, adaptations, and reinventions over 158 years, it will chart its evolution from manuscript to a global phenomenon beloved by all ages, through over 300 objects spanning film, performance, fashion, art, music, and photography.

Featuring theatrical sets, large-scale digital projections and immersive environments, Alice: Curiouser and Curiouser will take children and adults on a journey through the enchanting and extraordinary world of Wonderland, through Alice’s’s eyes.

The exhibition’s first section, ”Creating Alice”, will trace Alice in Wonderland’s origins in Victorian Oxford. Uncovering the people, the politics and the places that inspired Lewis Carroll, the exhibition will introduce visitors to the ”real” Alice and her family.

Shining a spotlight on the creative partnership between Carroll and John Tenniel, the exhibition will bring their original drawings together as well as their inspirations.

”Filming Alice” will chart the creative development of Alice on-screen throughout the 20th and 21st centuries, starting with the earliest film based on the books in 1903. The concept art from Walt Disney”s seminal Alice in Wonderland film in 1951 – arguably the most recognizable Alice ever created – will take center stage alongside a look at Tim Burton’s 2010 blockbuster adaptation.

Drawing on the 1960s surrealism and psychedelia, ”Reimagining Alice” will celebrate reinventions of Wonderland through works by Salvador Dalí, Yayoi Kusama, Max Ernst, and Peter Blake as well as the music of The Beatles.

”Staging Alice” will explore how the books have naturally found a home within dance, music, and performance.

From Tim Walker to Annie Leibovitz, Gwen Stefani to P Diddy, the final section ”Being Alice” will explore the modern-day fascination and reinvention of Alice in Wonderland across art, science, and popular culture. It will feature fashion collections from Iris van Herpen and Viktor & Rolf, photographs of political protests, album-artwork for Little Simz, and Japanese sub-culture fashion.