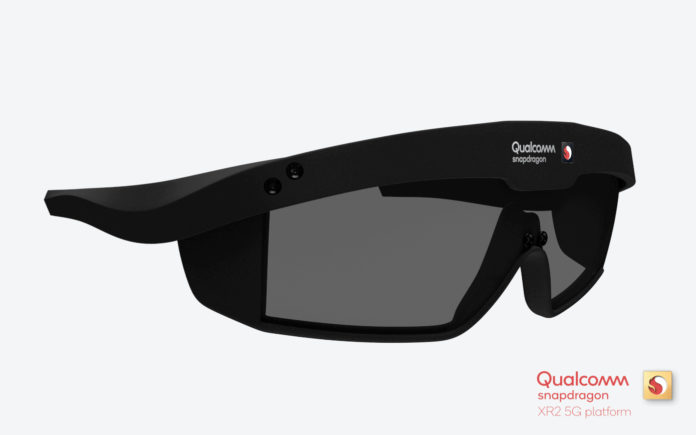 We’ve known for a while that Pokémon GO creator Niantic feels a bit limited in what it can do with augmented reality today.

Between the latency limitations of 4G cellular networks and the need for players to wave a smartphone around to do anything in AR, the tech just isn’t where Niantic wants it to be. As I wrote in a profile of Niantic back in April, the company has been focusing a ton of its efforts on what’s possible as things like 5G and AR glasses become more readily available. Niantic CEO John Hanke is betting on AR glasses being the thingafter smartphones.

It makes sense, then, that Niantic is working with Qualcomm  to build 5G-ready AR glasses.

Shortly thereafter, Niantic CTO Phil Keslin took the stage to announce that they’ve joined Qualcomm in a “multi-year collaboration” on this project.

So what does that actually mean?

Immediately, not a ton. You’re not going to be booting up Pokémon GO on a pair of Qualcomm/Niantic AR glasses this Christmas.

Moving forward, though, it means that Niantic will be working with Qualcomm to flesh out the reference hardware for augmented reality glasses, helping them figure out exactly what it needs to do.

Meanwhile, Niantic will be tuning its Real World Platform (the architecture that powers all of its existing games, and which they’re slowly opening up to third parties) to make it play friendly with XR2. Niantic has quietly been designing any architecture it has built over the last few years to ultimately be compatible with AR glasses — now they’re committing to compatibility with a specific chip, making things a bit more real. Once the tech is ready, says Keslin, it’ll all be rolled into the Real World Platform and made available to anyone in the Niantic Creator Program (which the company says should launch sometime in 2020).

Qualcomm is a pretty solid company to partner with; they’re by no means strangers to the world of AR. They’ve been working on chips purpose-built for AR/VR for well over a year now, beginning with the introduction of the XR1 platform back in May of last year. They were amongst the first to really go deep on building a development platform for augmented reality with the launch of the Vuforia SDK… though they sold that project in 2015 to focus on chips like these.