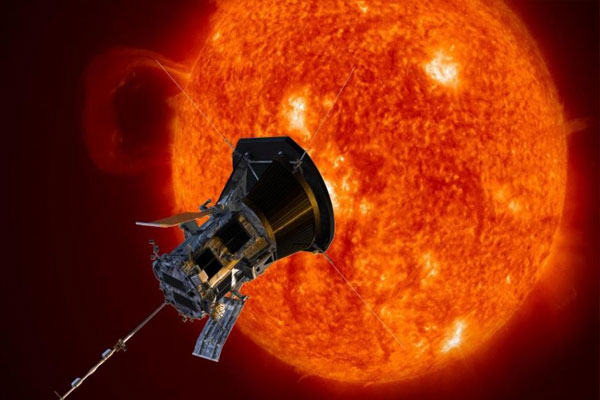 (IANS) Revealing the findings from its historic probe to “touch” the Sun for the first time, NASA has said that the results will help scientists rewrite the models they use to understand and predict the space weather around our planet and understand the process by which stars are created and evolve.

The information that ”Parker” has uncovered about how the Sun constantly ejects material and energy will be vital to protecting astronauts and technology in space — an important part of NASA’s Artemis program, which will send the first woman and the next man to the Moon by 2024 and, eventually, on to Mars, the US space agency said.

The Parker Solar Probe launched to space in August 2018, soon becoming the closest-ever spacecraft to the Sun.

With cutting-edge scientific instruments to measure the environment around the spacecraft, the probe has completed three of 24 planned passes through never-before-explored parts of the Sun’s atmosphere, the corona.

Four new papers published in the journal Nature on Wednesday describe what scientists have learned from this unprecedented exploration of our star — and what they look forward to learning next.

These findings reveal new information about the behavior of the material and particles that speed away from the Sun, bringing scientists closer to answering fundamental questions about the physics of our star.

“This first data from Parker reveals our star, the Sun, in new and surprising ways,” said Thomas Zurbuchen, Associate Administrator for Science at NASA headquarters in Washington.

“Observing the Sun up close rather than from a much greater distance is giving us an unprecedented view into important solar phenomena and how they affect us on Earth and gives us new insights relevant to the understanding of active stars across galaxies,” Zurbuchen said.

The observations reveal new insights into the processes that drive the solar wind — the constant outflow of hot, ionized gas that streams outward from the Sun and fills up the solar system – and how the solar wind couples with solar rotation.

Through these flybys, the mission also has examined the dust of the coronal environment and spotted particle acceleration events so small that they are undetectable from Earth, which is nearly 93 million miles from the Sun.

During its initial flybys, Parker studied the Sun from a distance of about 15 million miles. That is already closer to the Sun than Mercury, but the spacecraft will get even closer in the future, as it travels at more than 213,000 mph, faster than any previous spacecraft.