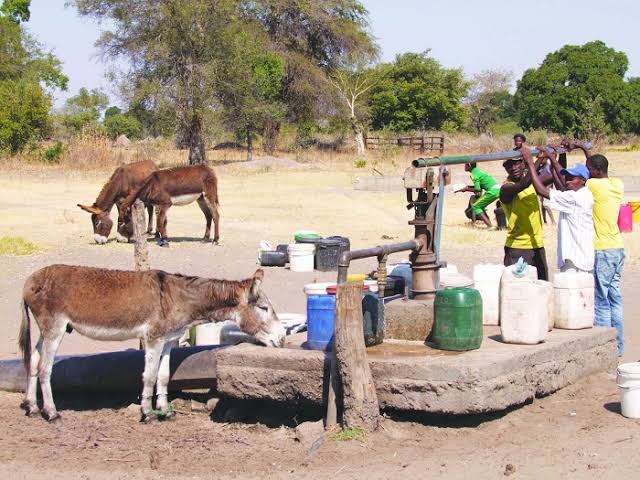 Dams nationwide were at 19.3% of capacity compared to 35.6% this time last year, water utility Namwater said, a drop officials blame on climate change and a five-year drought ripping through southern Africa.

On Thursday, the environment ministry told Reuters drought had caused a third of Namibia’s 2.5 million population to go hungry, and that hundreds of wild animals in conservation parks as well cattle on farms were dying.

The ministry recently auctioned 1,000 animals from national parks in a bid to ease food shortages. It also culled surplus cattle, with the meat going to a drought and hunger relief programme.

“It’s important to note that it makes conservation-sense to reduce wildlife numbers whenever grazing is poor,” said Romeo Muyunda, spokesman for the Ministry of Environment and Tourism.

“If we don’t, we’ll run the risk of having all species wiped out.”

Muyunda said the department was rehabilitating existing water points and drilling new boreholes as quickly as it could.

Minister of Environment Pohamba Shifeta said at a climate change conference in Madrid on Tuesday 700,000 Namibians were food insecure, and that the agricultural sector had contracted for the last half-decade, with rural households and small-scale farmers hardest hit.

In neighbouring Zambia and Zimbabwe, plunging water levels at the Kariba Dam on the Zambezi have resulted in power cuts. South Africa has introduced rationing.

Namibia’s economy is set to shrink by 1.5% in 2019 after contracting 0.1% last year due largely to severe drought, the finance ministry said in October.