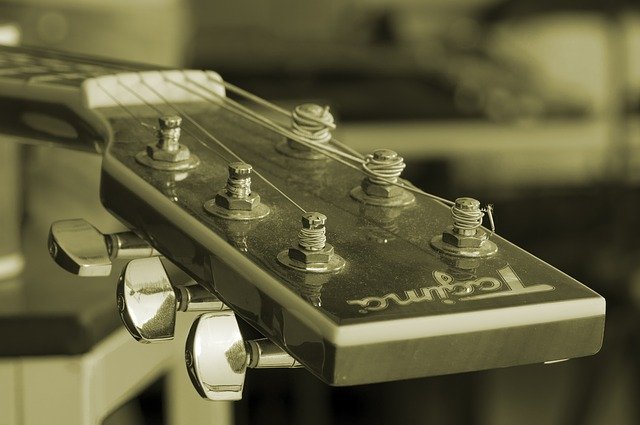 You’re not going to start playing like Joe Satriani today but you CAN master the theory of guitar modes in a single day. You don’t need any longer than a day. The rest is just practise. Practise in every key, all over the fretboard, as much as possible. The minimum you should practise is 30 minutes a day and it should be 30 minutes of trying new things! Before you start, make sure you understand the Major Scale and the Major Scale Formula.

Preferably, you should also understand how chords are constructed. Ready? Let’s get started!

Each mode is simply another way (or mode – duh!) of playing the major scale. Smart people, long ago, figured out that if you play the major scale but started and ended on the 2nd note instead of the 1st, you ended up with something that sounded pretty cool. Pretty different but pretty cool.

So, for example, if you play the notes C D E F G A B C, you’re playing the major scale in the key of C. I’m going to use the C Major Scale as it doesn’t have any incidentals (flats or sharps). Another word for the major scale is the C Ionian Scale. Remember that.

Now, if you take all those same notes and you play from D to D, you have the D Dorian Scale. You would have to play these notes: D E F G A B C D.

If you’re not familiar with your chord progressions, just get a D bass-note from your low-E string, pick that, and then play D Dorian over it. That will help you get a “flavour” of D Dorian. Do this for all the modes and you’ll really begin to see how they fit and work in different settings.

Okay so now that we’ve got that covered, if you play the same notes, starting and ending on E, you’ll be playing E Phrygian.

The other thing you should know is which of the modes are “major” and which are “minor”. We define this by the 3rd note in the scale. If it’s flatted (3b) then we have a minor sounding scale and if it’s not, we have a major sounding scale. There’s more to it than that but this is supposed to be a quickstart guide so let’s move on.

Ionian is one in the same as the major scale. It’s 3rd note isn’t flatted so it’s a major-sounding scale and can be used over a major-chord-progression. For example, C Ionian can be played over a chord progression in C Major.

Dorian has a flatted 3rd in it, so that makes it a minor-sounding scale and can be played over a minor-chord-progression.

Got that? Cool. Now for the rest.

I use this technique to quickly switch modes. For example, if I want D Dorian, I place my fingers on the fretboard, ready to play C Major and I just keep in mind that the scales are different so they don’t resolve the same. That will come with time, further study, and plenty of practise!

Now that you know a bit about how modes work and which are major and minor, try playing them over major and minor chord progressions. They won’t always sound right (because of some notes not fitting in) but a study of the notes in each chord in the song will help you find which notes don’t fit and which do.

I said you’ll master modes in a day but there’s a lot more to it than this. I’ve assumed that you already have a decent founding in theory. There are other ways to look at guitar modes. Some people recommend you learn them by comparing scales in the same key to each other. In other words, you would start with D Major and then learn D Dorian and, based on the differences in the scales, memorise the mode. I prefer to take this easy route out as it gets you started quicker and the sooner you start playing with guitar modes, the sooner you can master absolute understanding of how they all fit together. Have fun!