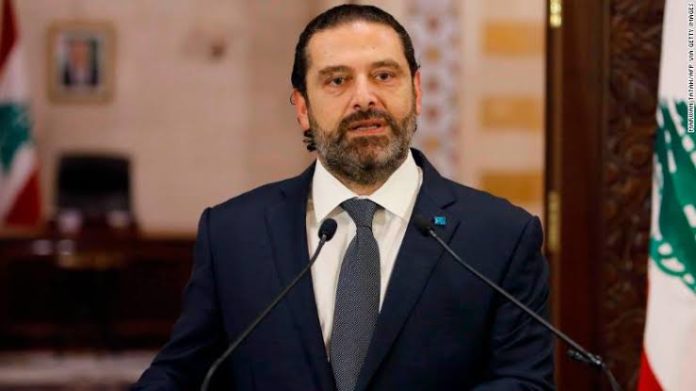 BEIRUT – Lebanon’s Saad al-Hariri withdrew as a candidate for prime minister on Wednesday, and Shi’ite Hezbollah with its ally Amal moved toward nominating a former education minister for the job, two senior sources familiar with their position said.

Hariri, the country’s leading Sunni politician, took himself out of the running on the eve of formal consultations to pick a prime minister, a post reserved for a Sunni in Lebanon’s sectarian power-sharing system.

The two sources said Hezbollah and the Amal movement are likely to name Hassan Diab, a university professor who was education minister from 2011-2014. Diab could be the next premier if he gains the backing of other Hezbollah political allies, including the Christian FPM party, with parliament tilted in their favor.

The consultations set for Thursday, which political rifts had delayed, require President Michel Aoun to designate the candidate with the most support among Lebanon’s 128 MPs.

Since Hariri quit as premier in late October, the main parties have feuded over forming a new government, which Lebanon badly needs to tackle its worst economic crisis since the 1975-90 civil war.

Foreign donors say they will only help after there is a cabinet that can enact reforms.

Hariri, aligned with Western and Gulf states, resigned under pressure from huge protests against a ruling elite that has steered the country towards crisis. He had been expected this week to be named PM, a post he has held three times.

“It has become clear that despite my absolute commitment to forming a government of specialists,” others would not change their positions, Hariri, who has stayed on in a caretaker capacity, said in a statement.

Iran-backed Hezbollah and its allies, including Aoun, have rejected Hariri’s demand to head a government of expert ministers. Instead, they have sought a cabinet mixing both technocrats and politicians.

Hariri added he would take part in Thursday’s consultations and insisted they go ahead but did not say who he would nominate. His Future party is due to meet on Thursday to decide on its PM choice.

A series of compromise deals attempting to reach consensus on other candidates for the PM job have already unraveled.

With the endorsement of Lebanon’s Sunni Muslim religious establishment, Hariri had appeared to be the only front-runner this week.