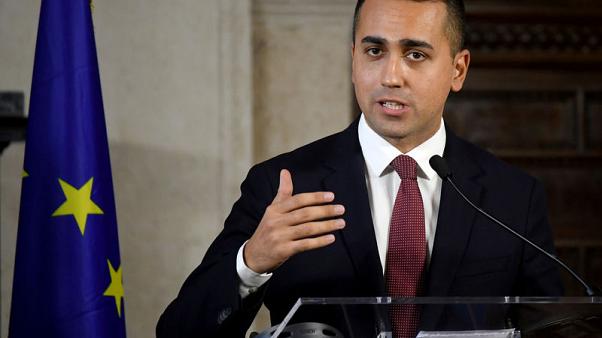 ROME (Reuters) – Italy’s government will hold a vote in parliament next week to decide on reform of the euro zone’s bailout fund, as divisions within Rome’s ruling coalition deepen.

The anti-establishment 5-Star Movement opposes signing off on the reform until plans for a wider European banking union become clearer, while the centre-left Democratic Party (PD) supports the plan.

The coalition infighting could hinder plans by the euro zone’s 19 member states to reach agreement on reforming the fund, known as the European Stability Mechanism (ESM) this month.

The proposed reform of the ESM would give it more powers to handle financial crises, broaden the euro zone’s monitoring powers over countries with economic imbalances and, if required, facilitate the restructuring of government debt.

Prime Minister Giuseppe Conte met key government officials on Sunday in an attempt to settle the dispute, but failed to reach a final agreement.

“Any decision over the ESM will become definitive only after the Parliament resolutions that will be approved on Dec. 11,” a source at the Prime Minister’s office said after the meeting.

In what promises to be a heated debate, Conte is due to address parliament on the reform at 1200 GMT on Monday.

Economy Minister Roberto Gualtieri has repeatedly spoken in favour of ESM reform, dismissing charges by the opposition, right-wing League party that it is against Italy’s interests and has been negotiated without parliament’s approval.

However, 5-Star is closer to the League’s position and says the reform needs substantial changes.

The compromise position that appears to be emerging among the ruling parties is that Italy will sign off on ESM changes only if it gets assurances on other aspects of euro zone reform currently on the table.

Rome wants assurances that sovereign bonds will not lose their status as risk-free assets with the European banking union, a government source told Reuters on Monday, a position later confirmed on the record by a junior economy minister.

“In particular, what we don’t want (is that) public debts are risk-weighted according to the credit rating of the countries, which would be very damaging for us,” Maria Cecilia Guerra said on the margins of a conference in Milan.