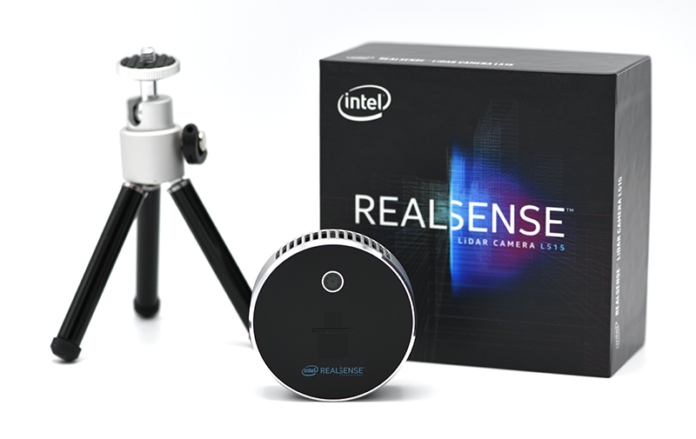 Intel today introduced the latest addition to its RealSense line. The L515 is roughly the size of a tennis ball, targeted specifically for warehouse logistics — a hugely important and increasingly automated aspect of global trade.

Other potential applications for the new camera include retail, healthcare, 3D scanning and robotics. The little hockey puck is capable of scanning a scene and creating a point cloud with millions of depth points a second, per Intel — a fairly impressive spec, given its size.

The L515 is in a class of its own, providing consistently high accuracy over the supported range of 0.25m – 9m. It also provides over 23 million accurate depth pixels per second, with a depth resolution of 1024 x 768 at 30 frames per second. The Intel RealSense lidar camera L515 has an internal vision processor, motion blur artifact reduction and short photon-to-depth latency. The lightweight L515 consumes less than 3.5 watts of power, enabling easy mounting on handheld devices with the flexibility of long battery life. Always ready to use, the L515 retains its depth accuracy throughout its lifespan without the need for calibration.

The new RealSense finds the company expending its operations to the massively profitable world of logistics, following similar cameras designed for drones, robotics and a slew of consumer hardware applications, including AR and VR.