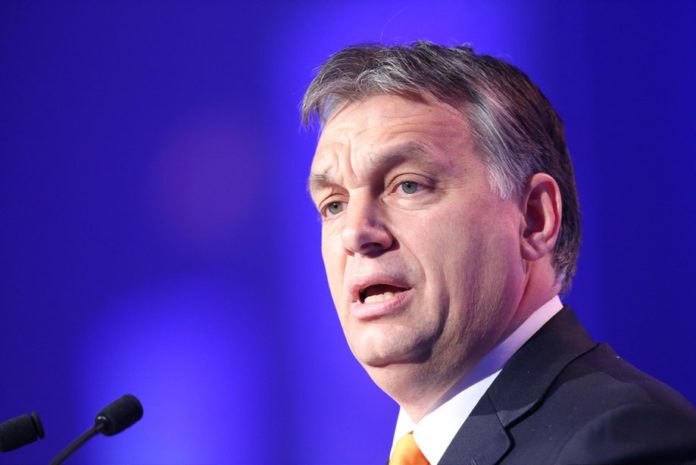 BUDAPEST (Reuters) – Hungary’s government said on Thursday it had some conditions before it could back a new EU climate commitment, including a demand that the bloc recognize that nuclear power will help in the fight against climate change.

Prime Minister Viktor Orban’s chief of staff, Gergely Gulyas, told a press conference that Hungary wanted EU guarantees that a climate deal would not lead to price hikes in the energy and food sectors, and that costs would be borne by big polluters.

“Hungary agrees with the ambitious goals set by the EU but we cannot sign a blank cheque,” Gulyas said. “The 2050 climate goals cannot have the consequence of hiking the prices of food or energy.”

Gulyas also said that while Hungary had reduced its carbon output by a third since 1990 despite steep economic growth, and is now growing its economy without increasing its carbon footprint, other countries were not as prudent.

He said Hungary’s per capita carbon output of 6.3 tonnes per year was much lower than figures of about 11 tonnes in Germany and the Netherlands and 20 tonnes in the United States.

Budapest can only support the EU climate deal if it ensures that the biggest polluters, countries and companies, bear the brunt of the costs, everyone adheres to the same goals and respects the commitments, and the EU supports poorer members.

Meeting climate neutrality goals by 2050 would cost Hungary 50 trillion forints ($165 billion), which would be prohibitive, he said.