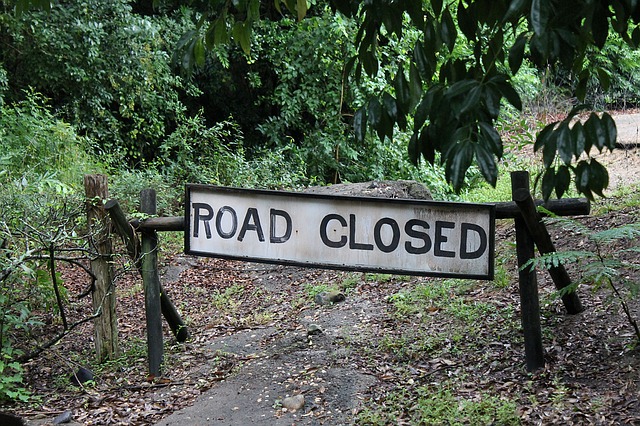 Firstly, we will examine the factors and situations that act as roadblocks to either starting or running effectively the activity of conversation. Loren Ekroth (hodu.com) has enumerated five commonplace conversation stoppers among many others which obstruct the conversation to run smoothly. These stoppers result out of the initial doubts and impressions of one about the other person as to latter’s receptiveness or perceived probability of friendly response, his perceived match to the person wishing to start conversation, etc. A conversation is likely to begin only when one person likes the other immediately after initial temporary assessment. Initial sizing up of one by the other inadvertently bases itself on neat dress, facial features, fragrance, voice, accent etc of the latter. After conversation gets started also, it may hit the roadblocks. The roadblocks identified by Loren Ekroth are as follows.

An active person usually interested in other persons and friendship may initiate a discussion, but expect the other to encourage it and take it forward. A person with relatively less initiative should take up the responsibility of sustaining the started conversation, give thoughtful answers and, display interest by honest answers and by asking some more questions. Brief answers like ‘yes’ or no ‘or’I don’t know will not facilitate continuation of conversation. Sometimes, brief answers may be taken as curt and unfriendly and in such situations the person who initiated the discussion may end and exit the conversation, which is a missed opportunity for relationship, information exchange and pastime.

Persons differ on ideas about politics, communities, cine heroes, crime, and approach to the development of the nation etc. It is not possible to find agreeable persons every time. If one is not mature enough to be objective, he may argue by giving instances and several anecdotes in support of his argument. Argument usually carries with it emotions, resentment and disparaging connotations. Unless one enjoys arguments and the other party also pleasantly does the same which is usually reflected in the smiling face, arguments damage the interface and scope of relationship. Hence arguments at any cost should be shunned. In their place, debates can be done. Debates focus on facts and keep away from emotional innuendos, and hence are very objective. Debates keep both parties in balance and control.

Conversation can be pleasant and productive only if both the parties have equal share in contribution to it. But sometimes due to individual idiosyncrasy, one may unconsciously tend to give long lectures at the mention of a topic, regardless of his depth of knowledge about that particular topic. This kind of lecture will not allow the other person to give his best and finally makes him form an opinion that the person lecturing is an incorrigible bore and lacks wider perspective. But, a boring lecturer may be stopped in the middle and made to realize that he is boring and obstructing other’s contribution.

Another folly indulged in by a conversation killer, similar to the one explained above, is grabbing the control of the conversation and monopolizing it. The person monopolizing gives little scope for others to speak, which means that the other person is scantily listened. Hence, he has no satisfaction of having been listened to. The final output of monopolized conversation is the one marked with lack of wider perspective and dissatisfied second party. To straighten such conversations, the other person who is let down should assertively stop the monopolizing converser to help him complete his expression or help him put forth his view at certain junctures.

It is a mistaken belief that to start a conversation, commenting on others’ activities, moves, dressing style and behaviors is permissible. Commenting on others, what is usually known as ‘gossip’ is not tolerated by many. Even the slightest gossip will turn away a person from a potential conversation. One should resist the temptation to gossip. One has to be objective and put on an aura of fairness and respect for human dignity and evolved human culture.

Often, a person experiencing these difficulties in running a conversation, may himself be creating them unconsciously and destroying the opportunities to build the conversations. The above discussion may help one develop awareness about these blindspots.

How to Get Over the Roadblocks to Starting a Conversation?

Good conversations don’t happen since they are never started. It is one thing to handle the conversation which has been started and, another to start one. A conversation begun has better prospects of being a productive one than the one not started at all. The critical part is beginning it itself, which is very difficult, especially to those who are very edgy and can not stomach the rejection. Let us discuss the obstacles to start a conversation and the ways to get over them. Scott Ginsberg (www.hodu.com) has made an analysis of the reasons for not starting a conversation.

The foremost fear which stops a conversation from starting is fear of rejection, which has its base in a feeling that the other person may not respond to our first word of gesture and such non-response may be insulting. Everybody feels the same way. But somebody should take the first step and if not done so, it will be a wasted opportunity for everybody. Take active role to say ‘hello’ first and in most of the cases positive response comes. Even otherwise also, which may happen very rarely, what do you lose from a non-responding person whom you never know? Take it easy and take solace in the feeling that the person is not mature enough to respond to a positive gesture. Keep practicing to say ‘hello’ first till you make it into a habit and you feel comfortable with saying so. Each contact will definitely prove beneficial to you. Assess and realize the benefits of generating each new contact. Next logical step in the analytical thought process to start a conversation is the estimation of value of a conversation. It is the most common mindset that new contacts do not make much difference for one’s life and hence many remain indifferent to the opportunities of developing contacts.

Underestimation of value of conversation

People think that there are no big gains from initiating a conversation and developing a contact. There are five reasons for starting a conversation, according to Scott Ginsberg : to help, to learn, to relate, to influence and to play. Some contacts may change your life. You may hit upon a celebrity who initially may have looked a non-entity. There may be angels in the form of strangers. Some people may give you information about your life’s priorities. Some may belong to your background and their experiences may be useful to you. Another important reason is that a person familiar to you is more ready to help you than the one who is a stranger. Conversation introduces a person to you and thus one becomes an acquaintance. At least, the conversation will be entertaining and refreshing. Your monotony is broken and thus your mind is engaged in a psychologically beneficial activity rather than remaining sickeningly silent.

Feeling of Lack of Matter

The feeling that inhibits a person from starting a conversation is that there is nothing really good to talk about with a stranger. Think of some positive points about the other person to compliment him about. Compliments break the ice and the other person becomes enthusiastic. But be sincere and pay fact-based compliments only. Insincere compliments will either elicit the same kind of insincerity or wise silence.

Thirdly, ask open-ended questions like, How..? Why..? When..?. Such questions will necessarily elicit long and well-thought-out answers rather than mono-syllabic answers like ‘Yes’ or ‘No’ which look offensive and unpleasant and thus the conversation is doomed.

Lastly, listen actively and look for important phrases. Ask follow-up questions. Maintain eye-contact, nod and compliment. Let the other person understand that you are taking interest in him.

A conversation started produces some value definitely while the one not started at all is an irrecoverable loss. Starting conversations is an art which can be mastered with practice. Have the attitude that conversations have value.