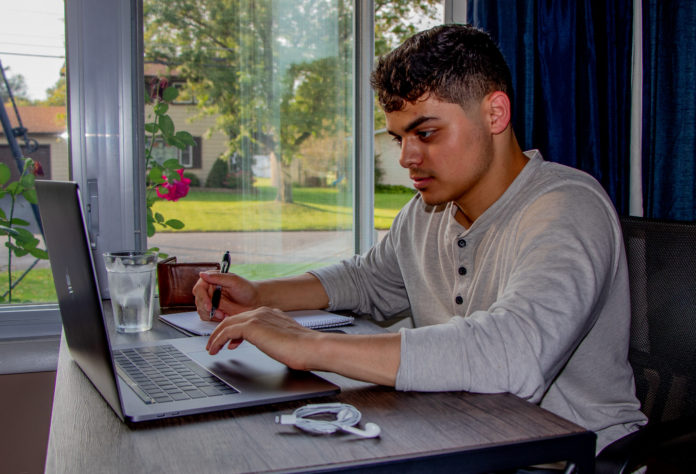 Nick Rogers has never had a mentor in his life. He prefers to discover tactics and methods for himself. Finding success without a mentor is rare in the entrepreneurship space, but Nick has defied the odds more than once already in his journey.

In high school, he was put under the belief that college was the only viable option after high school. He enrolled at the University of Pittsburgh, and subsequently dropped out after only two short months when he realized that going to college and accumulating debt just wasn’t for him, regardless of what he’d been told.

With no concrete plan to fall back on back home in Upstate New York, he clearly had the deck stacked against him as a college dropout with very little support from the people close to him. To make money to fund his initial business, Nick began working at a car dealership as a salesman. As much as he disliked working for someone, he was able to hone his sales and communication skills while he worked on his first business in dropshipping.

Rogers learned as he went with dropshipping, and thus faced another situation where the odds were against him. He hit a point where the failures accumulated enough to where most would quit, but Nick’s mindset allowed him to persevere and eventually find a breakthrough. Although dropshipping was not his passion, he was able to improve on skills that would ultimately lead him to his long-term business, founding Business Driven Dream.

The ultimate goal of Business Driven Dream, Nick says, is “To create a cultural impact in the entrepreneurial space by showcasing success while also teaching others how to find their own”.

The brand started as an Instagram page, and the account quickly garnered huge momentum. Nick put his newfound marketing skills to work and grew the page to 100k followers in just 4 months. Even with his success, Nick’s mindset kept him humble and wanting more for the brand. He has since expanded BDD onto all major social media platforms, and has found instant success growing the brand on Twitter. Just recently, the Business Driven Dream website launched, and is a hub for national business news, topic specific articles, and online courses built by professionals. The site will put BDD in a great position to take over the business education niche and allow Rogers to impact people by the masses through education.

Nick’s brand has enabled him to connect with other big players and build a powerful network. Recently, Nick launched a marketing agency called Pvsted Media as a result of these connections. The agency specializes in building both personal and business brands to help clients make a major impact on the culture of their niche. The agency complements BDD well, as he is able to take the skills he’s developed from growing BDD and apply them to building his clients’ brands.

While Nick has made massive progress thus far at only 20 years old and two years removed from dropping out of college with no plan in mind, he is candid about his failures. His ability to persist through a tough period in his business is predicated by his failures. He states, “Failure taught me everything. You can only learn what to do and what not to do by experience. Failure happens more often than success, but a major breakthrough could come at any time.”

Almost two years into his journey, Nick still grinds day in and day out as if he is only just beginning. He knows that nothing sustainable comes overnight, and he is constantly remaining humble in his success and stays hungry for what’s to come