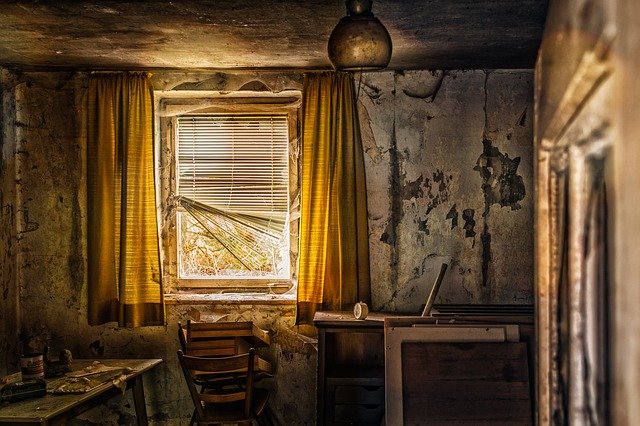 Some people claim paranormal activity is happening around us all the time. Sure, these statements are actually laughable. There are times, however, when things which are happening are hard to explain and have to be investigated for a longer period of time, checking every possibility. I am referring to cases like the one which occurred at a gas station where a security camera caught a supposed spirit floating over the station. It turned out to be a transparent garbage bag which was colored with a light blue hue. It did look very spooky on video as it sailed over the pumps and the station. There are plenty of cases however which defy explanation. This may not prove they are paranormal, but it does mean we can’t show they are tricks of nature or hoaxes.

Let me tell you about one. Strange things have been happening at the Honolulu Police Department’s downtown location. A police officer heard a voice yelling “officer, officer.” She went to the cell where the voice was coming from, but it was empty. This might be easily dismissed except for the fact about 10 years before an officer found someone lying in the same cell with the door open. He locked it and got his boss and when they returned, the door was still locked but the cell was empty.

This is not the only police station with what seem like paranormal problems. There is something strange going on in one located in Christchurch in New Zealand. The police station is Hornby station and many of the officers working there are on edge. The reason for this is what happens at night. They hear footsteps above them when no one it there. Lights have been turning themselves on and off and many of the officers feel like someone is watching them. No wants to be in the station alone. A sergeant who has been in the station for about 20 years says when you are alone in the station strange things happen. One officer said when you hear these things and the lights go on and off by themselves it makes the hairs on the back of your neck stand up.

The police station in Espanola, New Mexico is no exception when it comes to paranormal activity. It was built with state-of-the-art gates and alarms which have the purpose of keeping intruders out. One day, an officer was in the station watching the security cameras. He was shocked to see something inside the gates area. Initially, he thought it might be a moth. When he saw the legs, human legs, he realised he was seeing something that had human legs but wasn’t human and it had gotten inside the secure area. The video from the security camera was examined and it showed a bright human like figure walking across the court yard at night. The story was reported in the Albuquerque Journal. When the officer was interviewed, he stated there was absolutely no way into the station without opening the gates and sounding the alarm. So what did he see on the camera? Many fellow officers believe it was a ghost.

The Homestead Police station in Homestead, Pennsylvania has more than its share of ghostly happenings. The police reported doors slamming by themselves all over the station and particularly the boiler room door. In the boiler room, the shadow of what looked like a person was photographed. In the office there is a typewriter, an electric typewriter, which starts typing by itself. As if this isn’t enough, a street sweeping machine which was parked out front and had no battery or key, started up by itself. All these paranormal events have the police on edge and who can blame them.

There is a police station in Richmond, Texas which has the officers so on edge some of them won’t go into certain parts of the station. One of the police was questioned about the station and said he heard people and the sounds of children running upstairs when no one was there. Police have even heard a voice come over the intercom which was not from their equipment, it was telling them to get out. This all occurred at night. One has to wonder why night time brings these types of activity out. One would have thought the last place for a paranormal experience would be police stations, but this does not seem to be the case. I say this because it would seem police would be less susceptible.

There is a police station a few blocks from the Western Market Metro Station in Washington D.C. which is so old it goes back to the Civil War. The station is equipped with a closed-circuit TV camera. An officer who knew he was alone in the building saw another officer on the monitor. He watched the man as he headed for the side entrance then disappeared. The man had been dressed in a long coat which was very wet. When the side door was checked it was found it had not been opened recently and there was no wet spots from the coat or shoes inside by the door. In 1909 a police officer had walked into the captain’s office and shot him dead. Many think what the officer on duty saw was the spirit of this officer trying to return to the scene of the crime.

The Newstead Avenue Police Station in St. Louis has had its share of tragedies over the years and there were plenty of years. The station was built over 110 years ago in 1904. In 1945 a man was beaten to death in one of the cells. In 1953, money from a famous kidnapping disappeared from the station. In 1960 it was closed. In 1965, it became a private residence. The occupants began to have some very strange experiences. They would hear dragging sounds and footsteps in the middle of the night. In 1992, the building was purchased and divided into a home and office. The new owners didn’t believe the rumors about the house, but they soon learned there were strange things going on. They heard heavy footsteps going up the front stairs and they heard this even in the daytime. Hand prints and footprints began to appear on walls and doors. Finally screaming drove them out of house. New owners bought the house and invited physics into it to find out what was happening. The basement was zeroed in on as a hot spot and this was where the cells used to be. The psychics said there were a number of spirits in the building. An architectural firm bought the building in 2001 and the haunting still continues. The occupants hear footsteps, opening and closing doors, voices and water faucets which turn on and off by themselves.