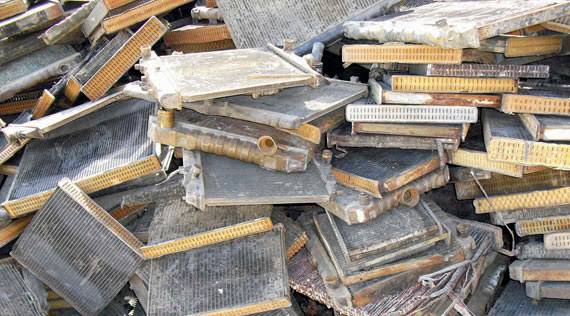 The growing use of aluminum by transport and packaging firms in the United States has created an abundance of scrap and is encouraging recyclers to expand capacity in what industry analysts see as the start of a new trend.

Those already expanding include Novelis, one of the world’s largest producers of rolled aluminum products, which last month announced plans to invest $36 million to boost and upgrade recycling capacity at its Greensboro facility in the United States, to be completed during the second half of 2021.

Canada-based Matalco is also planning a new $80 million aluminum recycling facility in Wisconsin while JW Aluminium is expanding its facility in Goose Creek in South Carolina at a cost of $255 million.

“Scrap buyers are struggling to take more, investment is needed,” said Citi analyst Oliver Nugent. “If you think the tariffs on primary aluminum are here to stay then it makes sense to think about alternatives like scrap.”

The United States has a 10% levy on imports of primary aluminum, but not on scrap, where prices have plummeted.

Harbor estimates beverage can scrap prices at nearly $900 a tonne below the London Metal Exchange’s benchmark primary aluminum CMAL3 at around $1,760 a tonne.

It also reckons the United States generated 5.9 million tonnes of scrap aluminum last year, up about 20% since 2016. Of that about 5 million tonnes was recycled domestically, while the rest was exported.

Valued for its lightness and anti-corrosive properties, demand for aluminum from U.S. drinks firms is expected to rise over coming years as they come under pressure to cut plastic pollution.

In autos, the advent of electric vehicles powered by batteries and the need to reduce the weight of the car are expected to see aluminum use increase.

“Producing aluminum uses a lot of energy, but it can be recycled infinitely. Aluminium scrap is the future.”

Electricity can account for between 30% and 50% of the costs of producing aluminum, depending on whether it is generated using coal, gas or hydro power. Energy costs of recycling aluminum are typically about 5% of producing primary metal.

Total aluminum consumption in the United States this year is estimated at more than 10 million tonnes, nearly 15% of the global total at 67 million tonnes.