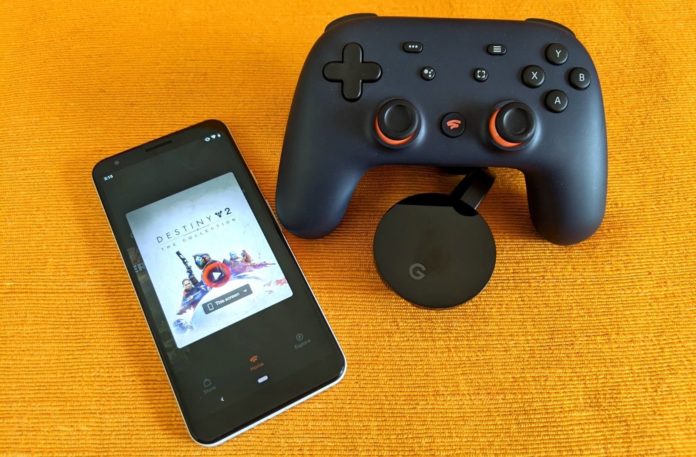 (IANS) Google’s game streaming platform Stadia has been live for more than a month and now, Stadia Founder’s Edition users are going to receive a holiday surprise, with an extra Buddy Pass that can be gifted to a friend or family member so they can test out Stadia for themselves.

The Buddy Pass gives a friend three months” free use of the Stadia Pro service.

“In the spirit of the holidays, we have an early surprise gift for Stadia Founders: an extra Buddy Pass. Give it to a friend, a family member… anybody you know who loves games,” the company tweeted on Tuesday.

This is the second Buddy Pass that Google is giving them for the holidays and as a part of its marketing campaign to promote Stadia.

As per the report, the Buddy Pass needs to be activated within three months of being gifted, once it expires, the user will be charged $9.99/month for Stadia Pro unless the subscription is canceled.

Recently, Google Store listing has revealed that the Stadia controller will get wireless support for laptops, desktops, phones, and tablets in 2020, but did not announce an exact launch date for the same.

Wireless functionality for the Stadia controller is a big deal as it uses built-in Wi-Fi to directly connect to Stadia servers when users are playing games, meaning it will be able to reduce input lag.

Google Stadia is currently available in 14 countries around the world, including the US, UK, Belgium, Canada, Denmark, Finland, France, Germany, Ireland, Italy, the Netherlands, Norway, Spain, and Sweden.