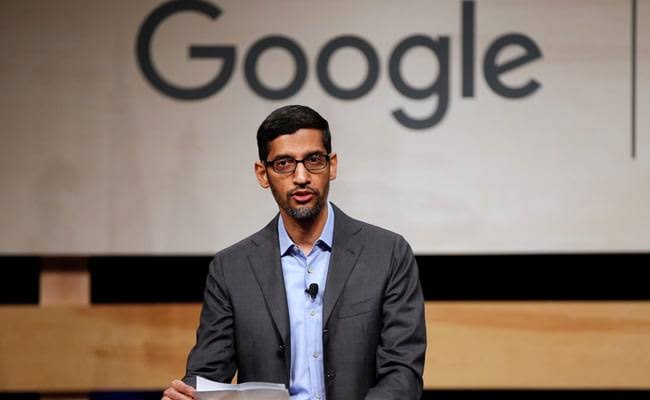 (IANS) Twenty-one years after founding Google in a Menlo Park garage, Larry Page and Sergey Brin, the CEO and President, respectively of parent company Alphabet, have decided to leave these roles, paving the way for India-born Sundar Pichai to become the CEO of both Google and Alphabet.

Page and Brin will continue their involvement as co-founders, shareholders, and members of Alphabet’s Board of Directors, the company said on Tuesday.

Pichai, who will remain a member of Alphabet’s Board of Directors, will assume the role of managing Alphabet’s investment in its portfolio of “Other Bets”, or longshot projects.

“It’s impossible to overstate Larry and Sergey”s contributions over the past 21 years. I’m grateful that they will continue their involvement on the Board,” John Hennessy, Chairman of Alphabet Board of Directors, said in a statement.

Page and Brin founded Google in September 1998. Since then, the company has grown to more than 100,000 employees worldwide, with a wide range of popular products and platforms like Search, Maps, Ads, Gmail, Android, Chrome, Google Cloud and YouTube.

In October 2015, Alphabet became the parent holding company of Google.

“We are deeply humbled to have seen a small research project develop into a source of knowledge and empowerment for billions – a bet we made as two Stanford students that led to a multitude of other technology bets,” Page and Brin said in a letter about the transition.

“We could not have imagined, back in 1998 when we moved our servers from a dorm room to a garage, the journey that would follow,” the two Google co-founders said.

Talking about the “Other Bets”, the two co-founders said that hundreds of Phoenix residents are now being driven around in Waymo cars – many without drivers.

“Wing became the first drone company to make commercial deliveries to consumers in the US. And Verily and Calico are doing important work, through a number of great partnerships with other healthcare companies. Some of our ”Other Bets” have their own boards with independent members, and outside investors,” they wrote.

Writing about the new Alphabet CEO, they said that “Sundar brings humility and a deep passion for technology to our users, partners and our employees every day.”

“…we plan to continue talking with Sundar regularly, especially on topics we”re passionate about,” they said.

Pichai joined Google in 2004 and helped lead the development of Google Toolbar and then Google Chrome, which grew to become the world’s most popular Internet browser.

In 2014 he was appointed to lead product and engineering for all of Google’s products and platforms — including popular products such as Search, Maps, Play, Android, Chrome, Gmail and Google Apps (now G Suite).

Pichai became Google’s CEO in August 2015. He joined the Board of Directors of Alphabet, Google’s parent company, in July 2017.

Under his leadership as CEO, Google has been focused on developing products and services, powered by the latest advances in AI, that offer help in moments big and small.

It has invested in new opportunities such as Google Cloud and YouTube and has continued to be a leader in advanced technologies, including machine learning and quantum computing.

Pichai, who grew up in Chennai and studied engineering at the Indian Institute of Technology, Kharagpur holds a master’s degree from the Stanford University and an MBA from the Wharton School.

“I’m excited about Alphabet and its long term focus on tackling big challenges through technology. I’m looking forward to continuing to work with Larry and Sergey in our new roles,” Pichai said.

“Thanks to them, we have a timeless mission, enduring values, and a culture of collaboration and exploration. It’s a strong foundation on which we will continue to build,” he added.