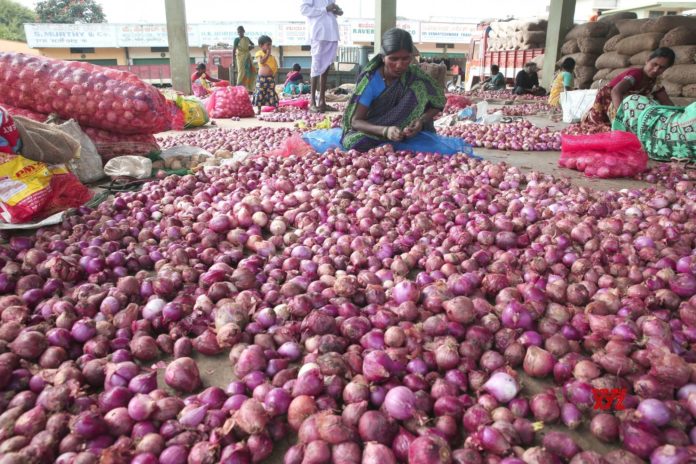 (IANS) With the price of onions scaling to Rs 170 per kilogram in the state’s retail markets, Chief Minister Pramod Sawant on Thursday released Rs 15 crore in back payments owed by a state-run corporation to onion suppliers in a bid to bring down the escalating prices.

According to Pravin Zantye, Chairman of the Goa State Horticulture Corporation, prices of onions sold at kiosks operated by the corporation, which are currently at Rs 129 per kg, would come down over the next few days due to the subsidy amount released by the state government.

“The Chief Minister has sanctioned Rs 15 crore out of the total Rs 34 crore in dues which were owed to the suppliers of onions by the corporation. With the payment of the money to onion suppliers, the prices may come down over the next two to three days,” Zantye told reporters here.

Zantye also said that currently, the corporation sold onions at Rs 129 per kg, as compared to onions being sold in the retail market for Rs 170 per kg.

Zantye, however, said that according to his interaction with onion wholesalers, the prices of onions are expected to shoot upwards in the coming weeks due to unseasonal rains.

“The suppliers are saying that onion rates might go further up because the regions where onions are cultivated are still facing unseasonal rains,” Zantye said.