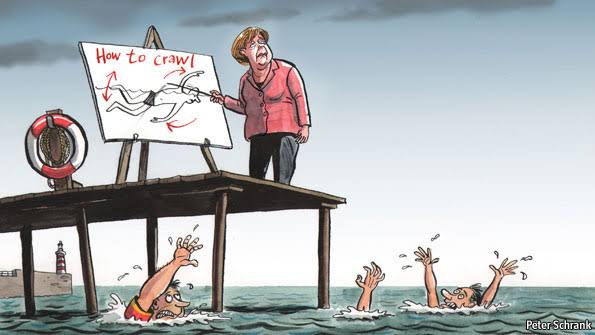 Growth in Germany’s services sector stayed weak in November, a survey showed on Wednesday, with persistent labor shortages pushing up wages as companies continued to add staff despite a drop in new orders.

IHS Markit’s final services Purchasing Managers’ Index (PMI) edged up to 51.7 from 51.6 in October, also beating a preliminary reading of 51.3.

The final composite PMI, which tracks the manufacturing and services sectors that together account for more than two-thirds of economic activity, rose to 49.4 from 48.9, staying below the 50 mark that separates growth from contraction.

The German economy – Europe’s largest – grew by just 0.1% in the third quarter following a 0.2% contraction in the previous quarter. Solid household spending and a booming construction sector are expected to prop up growth in the current quarter.

Record-high employment, inflation-busting pay hikes and historically low borrowing costs have turned private consumption into a steady and reliable driver of growth in Germany, helping to cushion its export-dependent economy from trade problems.

Services firms relied on backlogs in November as inflows of new work fell for the third month in a row, the survey showed.

A survey last week showed that the mood among German shoppers rose unexpectedly heading into December, suggesting that household spending will support growth at the end of the year.