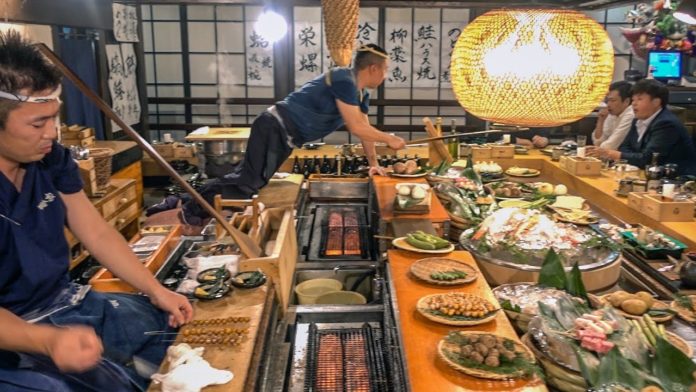 Once you’ve decided to take a trip around the world, one of the places you shouldn’t miss out on is Japan. It’s a land filled to the brim with culture and innovation, blending old school traditions with modern technology. This place offers quite a remarkable experience for any tourist from any part of the globe. One thing that you have to look forward to as well is the food. Japanese dishes are bursting with flavor, although not everyone gets to appreciate it a whole lot mainly due to the idea of having to consume raw food. Yet, that is a generalization and you will want to actually try it out before you come to a conclusion. Below are just some of the dishes you need to try upon traveling to Japan.

This is one delicious dish, although the concept of eating raw fish is something that can be off-putting to some people. However, it’s definitely hard not to appreciate it once you’ve tried it. You will want to give yourself a chance with this, especially when you have a wide array of choices as to what you can put in it besides raw fish. There’s also crab sticks, mangoes, cucumber slices and a whole lot more. It’s definitely one of the tastiest foods you can ever try.

The Chinese have their wanton dumplings, while the Japanese have gyoza. It’s not considered as a dish in the strictest sense, although it’s certainly a delicacy among the local folk. It’s essentially a blend of ground pork, cabbage and garlic stuffed inside a wanton wrapping. When served deep fried, this is certainly something to savor, as the crispiness of the wrapping accentuates that flavors bursting from the inside.

This is practically the same as a Chinese hot pot, where you get to dip thinly cut meat slices in broth, or even boiling water. Afterwards, you get to dip it in flavoured sauce and consume as much to your heart’s content.

Next to sushi, this is one of the more famous Japanese dishes. It’s not instant ramen, though. You get a nice serving of fresh noodles served with toppings such as pork slices, or even some egg and a whole lot of veggies. The soup base would be totally dependent on your preferences, whether you’d opt for miso or even a spicier variant.

These are just four of the many other great dishes to try in Japan. If you’re a bit adventurous, you can also take a shot at the very popular “Dancing Squid Rice Bowl”. From the name itself dancing, we are talking about now just raw, but the live thing served in a bowl!