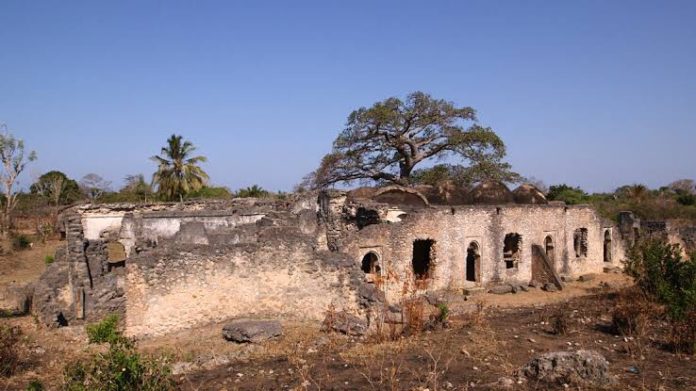 East Africa or Eastern Africa is the eastern region of the African continent, variably defined by geography. In the United Nations Statistics Division scheme of geographic regions, 20 territories make up Eastern Africa:

Tanzania, Kenya, Uganda, Rwanda, Burundi and South Sudan are members of the East African Community (EAC). The first five are also included in the African Great Lakes region. Burundi and Rwanda are at times also considered to be part of Central Africa.

Djibouti, Eritrea, Ethiopia and Somalia – collectively known as the Horn of Africa. The area is the easternmost projection of the African continent.

Malawi, Zambia and Zimbabwe – often also included in Southern Africa, and formerly constituted the Central African Federation (also known historically as the Federation of Rhodesia and Nyasaland).
Sudan and South Sudan (newly independent from Sudan) – collectively part of the Nile Valley. Situated in the northeastern portion of the continent, the Sudans are often included in Northern Africa. Also members of the Common Market for Eastern and Southern Africa (COMESA) free trade area.

According to the theory of the recent African origin of modern humans, the predominantly held belief among most archaeologists, East Africa is the area where anatomically modern humans first appeared. There are differing theories on whether there was a single exodus or several; a multiple dispersal model involves the Southern Dispersal theory. Some researchers have suggested that North Africa was the region of Africa from which modern humans who first trekked out of the continent.

The Bab-el-Mandeb crossing in the Red Sea: now some 12 miles (20 km) wide, in prehistory narrower.

In 2017 finds of modern human remains, dating to ca 300,000 years ago in Jebel Irhoud in Morocco, suggested that modern humans arose earlier and possibly in a larger area of Africa than previously thought.

East Africa is one of the earliest regions where modern humans (Homo sapiens) are believed to have lived. Evidence was found in 2018, dating to about 320,000 years ago, at the Kenyan site of Olorgesailie, of the early emergence of modern behaviors associated with Homo sapiens, including: long-distance trade networks (involving goods such as obsidian), the use of pigments, and the possible making of projectile points. It is observed by the authors of three 2018 studies on the site, that the evidence of these behaviors is approximately contemporary to the earliest known Homo sapiens fossil remains from Africa (such as at Jebel Irhoud and Florisbad), and they suggest that complex and modern behaviors had already begun in Africa around the time of the emergence of anatomically modern Homo sapiens.

In September 2019, scientists reported the computerized determination, based on 260 CT scans, of a virtual skull shape of the last common human ancestor to modern humans/H. sapiens, representative of the earliest modern humans, and suggested that modern humans arose between 350,000 and 260,000 years ago through a merging of populations in South and East Africa.

Today at the Bab-el-Mandeb straits, the Red Sea is about 12 miles (20 kilometres) wide, but 50,000 years ago it was much narrower and sea levels were 70 meters lower. Though the straits were never completely closed, there may have been islands in between which could be reached using simple rafts.

The major competing hypothesis is the multiregional origin of modern humans, which envisions a wave of Homo sapiens migrating earlier from Africa and interbreeding with local Homo erectus populations in multiple regions of the globe. Most multiregionalists still view Africa as a major wellspring of human genetic diversity, but allow a much greater role for hybridization.

Some of the earliest hominin skeletal remains have been found in the wider region, including fossils discovered in the Awash Valley of Ethiopia, as well as in the Koobi Fora in Kenya and Olduvai Gorge in Tanzania.

The southern part of East Africa was occupied until recent times by Khoisan hunter-gatherers, whereas in the Ethiopian Highlands the donkey and such crop plants as teff allowed the beginning of agriculture around 7,000 B.C. Lowland barriers and diseases carried by the tsetse fly, however, prevented the donkey and agriculture from spreading southwards. Only in quite recent times has agriculture spread to the more humid regions south of the equator, through the spread of cattle, sheep and crops such as millet. Language distributions suggest that this most likely occurred from Sudan into the African Great Lakes region, since the Nilotic languages spoken by these pre-Bantu farmers have their closest relatives in the middle Nile basin.

Djibouti, Eritrea, Ethiopia, northern Somalia, and the Red Sea coast of Sudan are considered the most likely location of the land known to the Ancient Egyptians as Punt. The old kingdom’s first mention dates to the 25th century BC. The ancient Puntites were a nation of people that had close relations with Pharaonic Egypt during the times of Pharaoh Sahure and Queen Hatshepsut.

The Kingdom of Aksum was a trading empire centered in Eritrea and northern Ethiopia. It existed from approximately 100–940 AD, growing from the proto-Aksumite Iron Age period c. 4th century BC to achieve prominence by the 1st century AD. The kingdom is mentioned in the Periplus of the Erythraean Sea as an important market place for ivory, which was exported throughout the ancient world. Aksum was at the time ruled by Zoskales, who also governed the port of Adulis. The Aksumite rulers facilitated trade by minting their own Aksumite currency. The state also established its hegemony over the declining Kingdom of Kush and regularly entered the politics of the kingdoms on the Arabian peninsula, eventually extending its rule over the region with the conquest of the Himyarite Kingdom.

Between 2500–3000 years ago, Bantu-speaking peoples began a millennia-long series of migrations eastward from their homeland around southern Cameroon. This Bantu expansion introduced agriculture into much of the African Great Lakes region. During the following fifteen centuries, the Bantu slowly intensified farming and grazing over all suitable regions of East Africa, in the process making contact with Austronesian- and Arabic-speaking settlers on southern coastal areas. The latter also spread Islam to the coastal belt, but most Bantu remained African Traditional Religion adherents.

After their movements from their original homeland in West Africa, Bantus also encountered in central east Africa peoples of Cushitic origin. As cattle terminology in use amongst the few modern Bantu pastoralist groups suggests, the Bantu migrants would acquire cattle from their new Cushitic neighbors. Linguistic evidence also indicates that Bantus most likely borrowed the custom of milking cattle directly from Cushitic peoples in the area.

On the coastal section of the African Great Lakes region, another mixed Bantu community developed through contact with Muslim Arab and Persian traders, leading to the development of the mixed Arab, Persian and African Swahili City States. The Swahili culture that emerged from these exchanges evinces many Arab and Islamic influences not seen in traditional Bantu culture, as do the many Afro-Arab members of the Bantu Swahili people. With its original speech community centered on the coastal parts of Tanzania (particularly Zanzibar) and Kenya—a seaboard referred to as the Swahili Coast—the Bantu Swahili language contains many Arabic loan-words as a consequence of these interactions.

The earliest Bantu inhabitants of the east coast of Kenya and Tanzania encountered by these later Arab and Persian settlers have been variously identified with the trading settlements of Rhapta, Azania and Menouthias referenced in early Greek and Chinese writings from AD 50 to AD 500, ultimately giving rise to the name for Tanzania. These early writings perhaps document the first wave of Bantu settlers to reach central east Africa during their migration.

Between the 14th and 15th centuries, large African Great Lakes kingdoms and states emerged, such as the Buganda and Karagwe kingdoms of Uganda and Tanzania.

Later, the invasions and conversions began and the Modern Era in Africa shaped up!