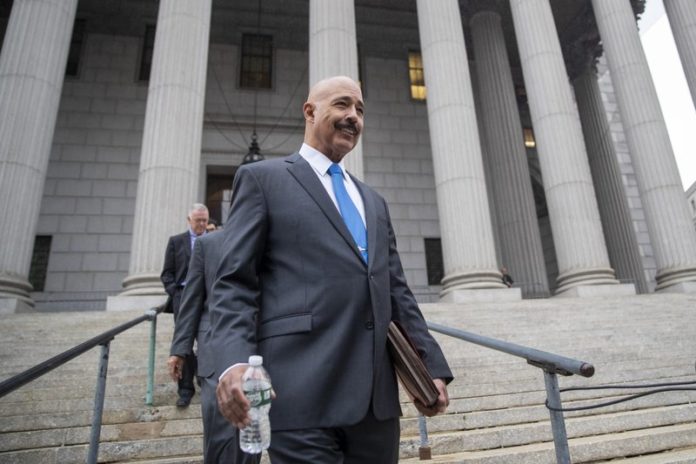 NEW YORK (AP) — Exxon Mobil won Tuesday in a closely watched lawsuit over the costs of climate change, with a judge saying there was no proof the energy giant duped investors about the toll that regulations could take on its business.

“Nothing in this opinion is intended to absolve Exxon Mobil from responsibility for contributing to climate change through the emission of greenhouse gases,” he added. “But Exxon Mobil is in the business of producing energy, and this is a securities fraud case, not a climate change case.”

Exxon Mobil Corp. hailed the ruling in a trial that it said stemmed from a “baseless investigation.”

James, however, said the case “laid out how Exxon made materially false, misleading and confusing representations to the American people about the company’s response to climate change regulations.”

“The oil giant never took seriously the severe economic impact that climate change regulations would have on the company, contrary to what they were telling the public,” the Democrat said in a statement.

The suit sought an estimated $476 million to $1.6 billion in restitution to shareholders. It also was seen as something of a bellwether for how investors view energy companies’ prospects in light of global warming and the new regulations it’s expected to spur.

American Energy Alliance President Thomas Pyle, meanwhile, said he hoped the decision “will put an end to these frivolous, virtue-signaling lawsuits once and for all.” The alliance advocates for “free market energy policies” and has ties to the energy industry.

The lawsuit accused Exxon Mobil of essentially keeping two sets of books — telling the public that it was fully taking into account the costs of potential future climate regulations in a warming world, while lowballing those costs behind the scenes as it made investment decisions and assessed the value of its oil and gas reserves.

The burning of fossil fuels for electricity, transportation and heat is the main source of manmade heat-trapping carbon emissions. Scientists have warned that the world must cut those emissions to stave off the worst effects of warming.

Exxon Mobil has used two different metrics to account for potential carbon costs: a “proxy cost” for predicting how regulations worldwide might reduce demand for oil and gas, and a “greenhouse gas cost” used to figure how local regulations might affect specific projects.

Its executives and attorneys said the company applied the appropriate costs depending on the situation. But the attorney general’s office said the two-part system added up to minimizing emissions price tags on some oil and gas development projects, making them look more financially attractive.

“Exxon applied much lower costs or no costs at all,” attorney Jonathan Zweig said last month in the state’s closing argument after a 12-day trial.

Exxon Mobil said it did nothing wrong, was serious about grappling with climate change and had no incentive to underestimate its future costs.

“We knew it was a real issue,” ex-CEO and former U.S. Secretary of State Rex Tillerson testified in October. “We tried to understand how this was going to affect everything.”

He said Exxon Mobil’s system for gauging climate risks and costs that was “as robust as we could make it at the time, and continued to try to improve it.”

The judge noted there was no testimony from any actual investors who claimed to have been deceived. He credited the company with “a culture of disciplined analysis, planning, accounting and reporting” and called the lawsuit “hyperbolic.”

The attorney general’s investigation revealed that Tillerson used the email alias “Wayne Tracker” while at Exxon, and that some of those messages were deleted. The attorney general’s office at points suggested the alias might have been used to discuss climate change, while the company said the account was just a way to streamline communications among top Exxon executives.

Tillerson wasn’t asked about it during his testimony.