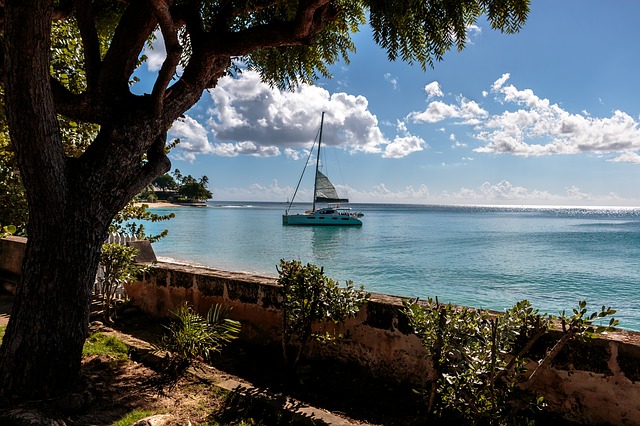 By law, all beaches in Barbados are open to the public from the high-water mark down to the sea. Not a one is off-limits to anyone. This is great if you like to star gaze; Barbados beaches are a favorite getaway for celebrities the world over. Celebrity or not, everyone who visits marvels at Barbados’ pink-white beaches, which are made of coral reefs that have been ground into a very fine powder by the waves of the ocean.

“Favorite beaches” are not automatically those graced by the placid waters of the Caribbean Sea. It’s true that many of us like the “zen” of the calm. But some of us crave the exciting rough and tumble of the Atlantic Ocean.

In its 70 miles of beaches, Barbados offers both. The water lapping the beaches of the west coast, aka our “Platinum Coast,” is the Caribbean Sea, which is as calm as a lake. The Atlantic Ocean on the east coast serves up world-class surfers’ waves; it’s fun to sit on the beach at the “Soup Bowl” in Bathsheba on the east coast and watch surfers risk life and limb for a ride on the perfect wave.

The south coast offers a mixture of Caribbean and Atlantic Ocean waters – these waters are not calm but not tumultuous, either. The lively water and sugar-white sands make the south coast beaches a favorite for many of our visitors.

Any “best” list is a personal effort, and listing Barbados’s best beaches is necessarily even more personal. There are so many to like, there could be any combination in any list. But here’s a stab anyway.

By now, for anyone who knows Barbados, my list is bound to have its supporters and its detractors. Truth is, there’s probably not a bad beach anywhere on the island.

So go ahead – explore them all, and make your own list of favorites!