What is a stock market index?

6 Things to Know Before Getting Dental Implants  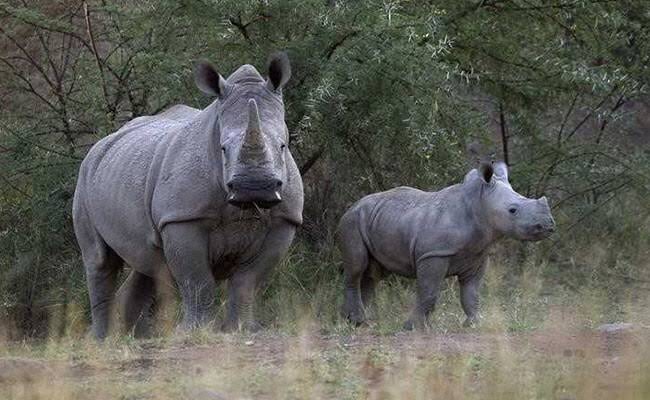 Members of the rhinoceros family are some of the largest remaining megafauna, with all species able to reach or exceed one tonne in weight. They have a herbivorous diet, small brains (400–600 g) for mammals of their size, one or two horns, and a thick (1.5–5 cm) protective skin formed from layers of collagen positioned in a lattice structure. They generally eat leafy material, although their ability to ferment food in their hindgut allows them to subsist on more fibrous plant matter when necessary. Unlike other perissodactyls, the two African species of rhinoceros lack teeth at the front of their mouths, relying instead on their lips to pluck food.

Rhinoceros are killed by some humans for their horns, which are bought and sold on the black market, and used by some cultures for ornaments or traditional medicine. East Asia, specifically Vietnam, is the largest market for rhino horns. By weight, rhino horns cost as much as gold on the black market. People grind up the horns and consume them, believing the dust has therapeutic properties. The horns are made of keratin, the same type of protein that makes up hair and fingernails. Both African species and the Sumatran rhinoceros have two horns, while the Indian and Javan rhinoceros have a single horn. The IUCN Red List identifies the Black, Javan, and Sumatran rhinoceros as critically endangered.

How exactly did Rhinos Evolved?

Rhinocerotoids diverged from other perissodactyls by the early Eocene. Fossils of Hyrachyus eximus found in North America date to this period. This small hornless ancestor resembled a tapir or small horse more than a rhino. Three families, sometimes grouped together as the superfamily Rhinocerotoidea, evolved in the late Eocene, namely the Hyracodontidae, Amynodontidae and Rhinocerotidae.

Hyracodontidae, also known as “running rhinos”, showed adaptations for speed, and would have looked more like horses than modern rhinos. The smallest hyracodontids were dog-sized; the largest was Paraceratherium, one of the largest known land mammals that ever existed. The hornless Paraceratherium was almost seven metres high, ten metres long, and weighed as much as 15 tons. Like a giraffe, it ate leaves from trees. Hyracodontids spread across Eurasia from the mid-Eocene to early Miocene.

The Amynodontidae, also known as “aquatic rhinos”, dispersed across North America and Eurasia, from the late Eocene to early Oligocene. The amynodontids were hippopotamus-like in their ecology and appearance, inhabiting rivers and lakes, and sharing many of the same adaptations to aquatic life as hippos.

The family of all modern rhinoceros, the Rhinocerotidae, first appeared in the Late Eocene in Eurasia. The earliest members of Rhinocerotidae were small and numerous; at least 26 genera lived in Eurasia and North America until a wave of extinctions in the middle Oligocene wiped out most of the smaller species. However, several independent lineages survived. Menoceras, a pig-sized rhinoceros, had two horns side-by-side. The North American Teleoceras had short legs, a barrel chest and lived until about 5 million years ago. The last rhinos in the Americas became extinct during the Pliocene.

Modern rhinos are thought to have begun dispersal from Asia during the Miocene. Two species survived the most recent period of glaciation and inhabited Europe as recently as 10,000 years ago: the woolly rhinoceros and Elasmotherium. The woolly rhinoceros appeared in China around 1 million years ago and first arrived in Europe around 600,000 years ago. It reappeared 200,000 years ago, alongside the woolly mammoth, and became numerous. Elasmotherium was two meters tall, five meters long and weighed around five tons, with a single enormous horn, hypsodont teeth and long legs for running. Both the Coelodonta and Elasmotherium survived through the late Pleistocene when climate fluctuations, increased predation by newer predators such as hyenas and human hunting led to their extinction. There may have been a remnant population of Elasmotherium, however, in the south of Western Siberia (the area that is today Kazakhstan) as recently as 29,000 years ago.

Of the extant rhinoceros species, the Sumatran rhino is the most archaic, first emerging more than 15 million years ago. The Sumatran rhino was closely related to the woolly rhinoceros, but not to the other modern species. The Indian and Javan rhinos are closely related and form a more recent lineage of Asian rhino. The ancestors of early Indian and Javan rhino diverged 2–4 million years ago.

The origin of the two living African rhinos can be traced to the late Miocene (6 mya) species Ceratotherium neumayri. The lineages containing the living species diverged by the early Pliocene (1.5 mya), when Diceros praecox, the likely ancestor of the black rhinoceros, appears in the fossil record. The black and white rhinoceros remain so closely related that they can still mate and successfully produce offspring.

Albrecht Dürer created a famous woodcut of a rhinoceros in 1515, based on a written description and brief sketch by an unknown artist of an Indian rhinoceros that had arrived in Lisbon earlier that year. Dürer never saw the animal itself and, as a result, Dürer’s Rhinoceros is a somewhat inaccurate depiction. Rhinoceros are depicted in the Chauvet Cave in France, pictures dated to 10,000–30,000 years ago.

Greek historian and geographer Agatharchides (2nd century BC) mentions the rhinoceros in his book On the Erythraean Sea.

There are legends about rhinoceroses stamping out fire in Burma, India, and Malaysia. The rhinoceros has a special name in Malay, badak api, wherein badak means rhinoceros, and api means fire. The animal would come when a fire was lit in the forest and stamp it out.