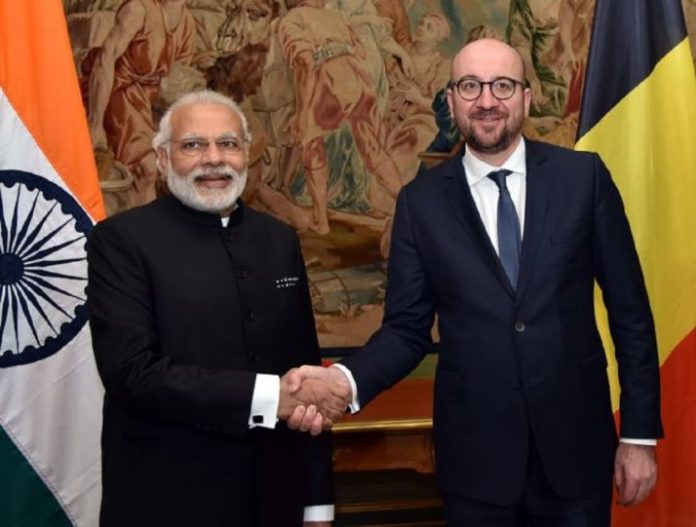 (PTI) President of the European Council Charles Michel telephoned Prime Minister Narendra Modi on Saturday and they decided to hold the next India-EU summit in early 2020.

According to a statement posted on the prime minister’s official website, Modi congratulated Michel on the assumption of the office of the President of the European Council and conveyed his best wishes for a successful tenure.

The Prime Minister expressed confidence that the India-EU partnership will be further strengthened under the leadership of Michel.

Recalling his meeting with him in New York on the sidelines of the United Nations General Assembly this year, Modi mentioned that India was committed to making progress on issues of mutual interest, including Bilateral Trade and Investment Agreement (BTIA), connectivity partnership, Europol, Euratom, counter-terrorism, and climate change.

“Both the leaders agreed to hold the next India-EU summit at an early opportunity next year in Brussels. Dates in this regard will be decided through diplomatic channels,” the statement added.